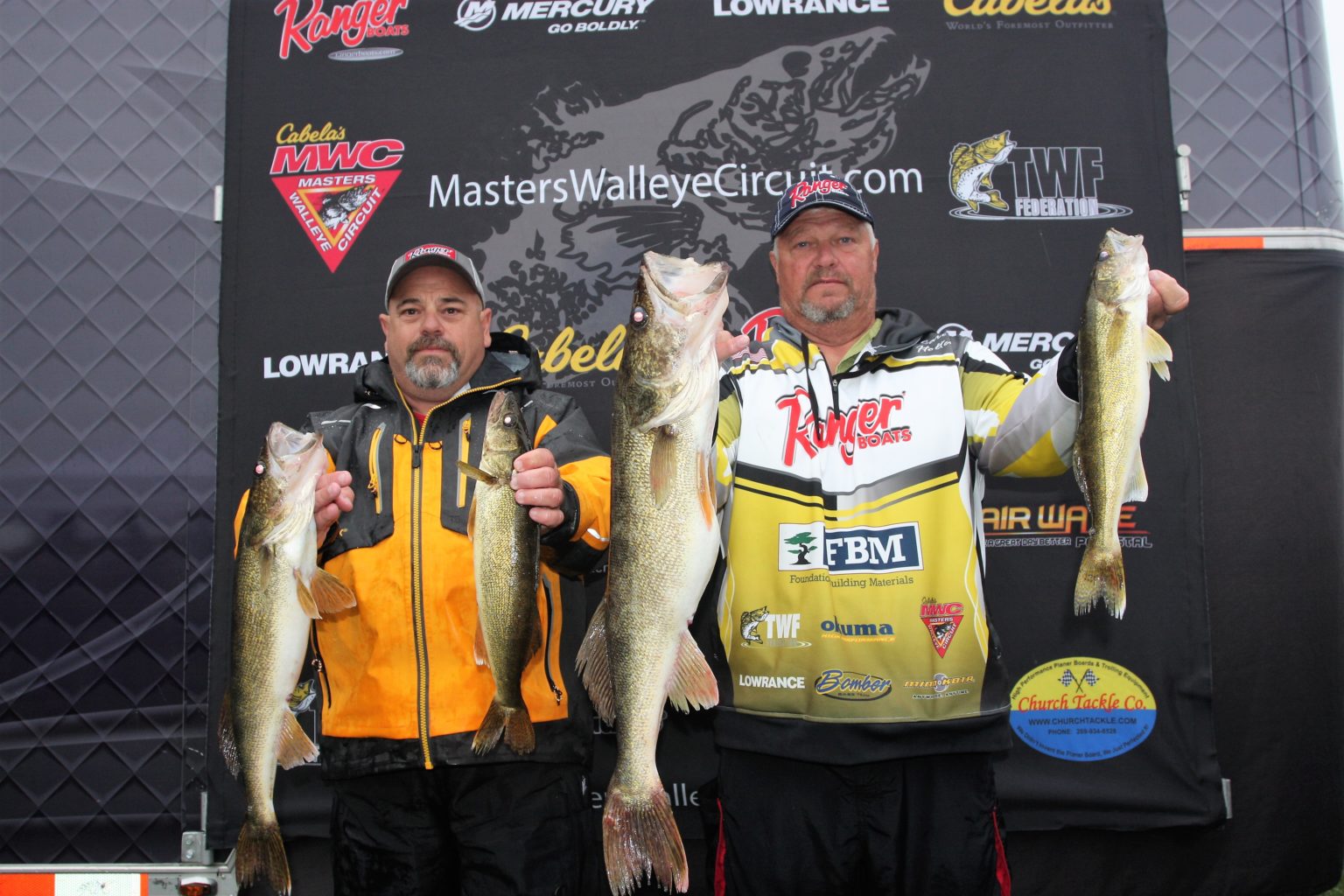 Mickey Stuefen and Carl Holten with part of their leaderboard-topping day two limit.

“This is really exciting,” said Holten, of Harpers Ferry. “It’s a great spot to be in.”

Their weight was anchored by a 7-pound, 15-ounce walleye that was also the tournament’s big fish of the day. “We got that fish at about 9:30,” Holten recalled. “We were high-fiving because that’s what it takes in an event like this—that one big kicker fish.”

Presented by Cabela’s, the MWC Championship runs Sept. 14-16 and features the top 41 two-person teams from the circuit’s 2016 regular season. The anglers are battling for more than $100,000 in cash and prizes.

Teams were eager to get on the water today after tournament officials were forced to cancel day one’s fishing due to extremely heavy fog that persisted through the half-day cutoff point for shortened fishing days.

Holten reported that the team was fishing live-bait rigs, a popular technique among anglers on Cass Lake. “It’s not a secret,” he laughed. “Ninety-five percent of the other teams are probably doing that, too.”

He also admitted that leading the tournament is a “little nerve-wracking,” but said he and Stuefen, of Cedar Rapids, plan to stick to their guns and follow a similar strategy tomorrow. “We’re going to do the same thing,” he said. “If the fish cooperate, I think we’ll be right there.”

Winning the event would be a dream come true, he added. “I told my wife there’s one more thing I want to cross off my bucket list, and that’s a championship,” he said. “Right now, we’re in the hunt for it.” 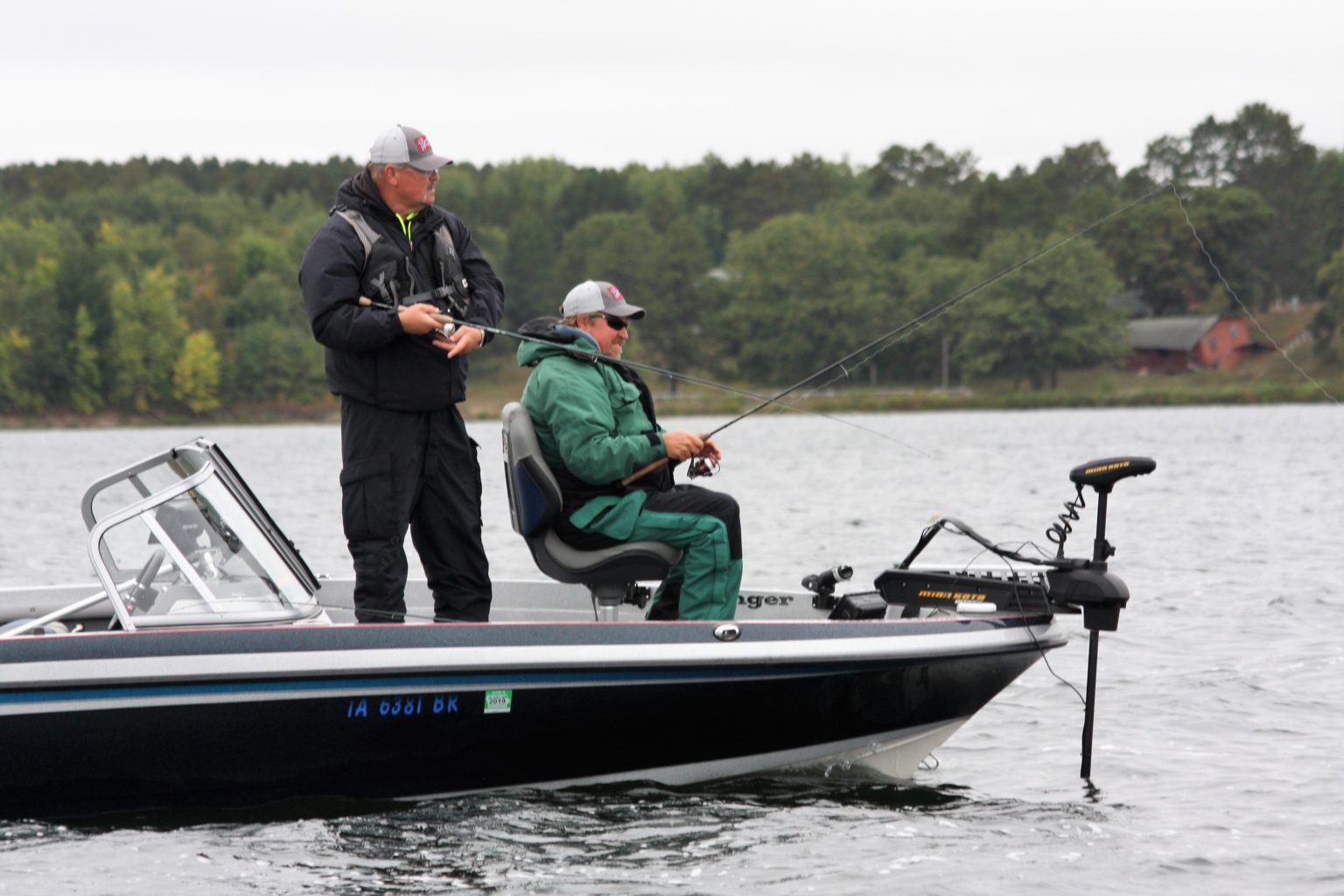 Jeff Lahr and Tommy Skarlis are currently in second place.

Fellow Iowans Jeff Lahr, of Dubuque, and Tommy Skarlis, of Waukon, were close behind in second place with 16 pounds, 8 ounces. Spencer Deutz, of Moorhead, Minnesota, and Ron Deutz, of Fargo, North Dakota, were in third with 15 pounds, 4 ounces. In all, 200 walleyes weighing 365 pounds, 7 ounces came to the scale and a full 97 percent were returned to the lake in the MWC’s time-tested and research-proven catch-and-release format.

Or CLICK HERE for on-the-water photos of the MWC competitors in action. 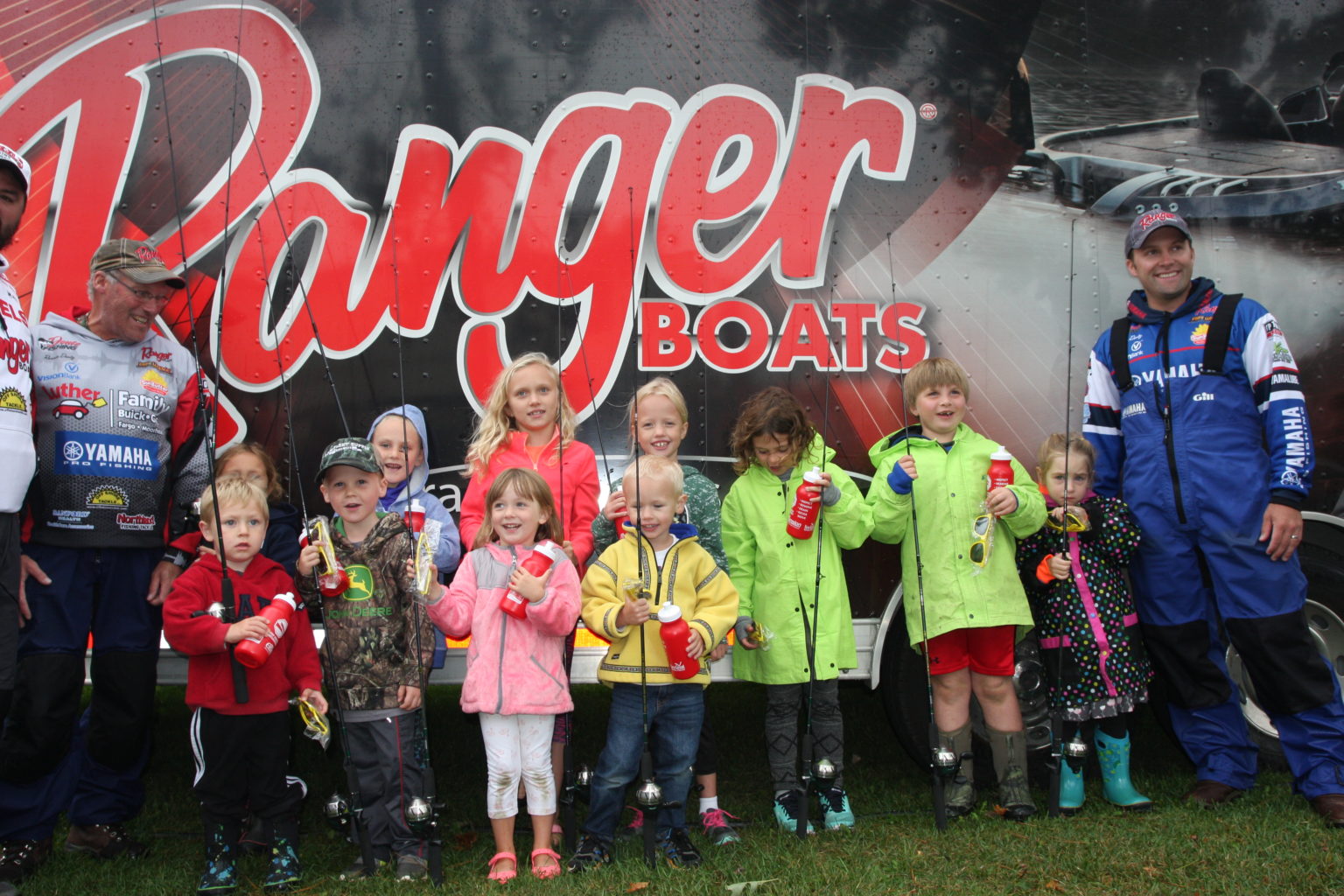 Youngers lined up with their new tackle after the youth clinic.

The action continues tomorrow at Stony Point Resort, which hosts launches and weigh-ins. Teams are scheduled to take off at 7 a.m., and the final weigh-in starts at 3 p.m. The public is encouraged to enjoy the excitement live at Stony Point. Fans unable to attend the weigh-in can watch the drama unfold online via live streaming video coverage and an updated leaderboard, both at masterswalleyecircuit.com. 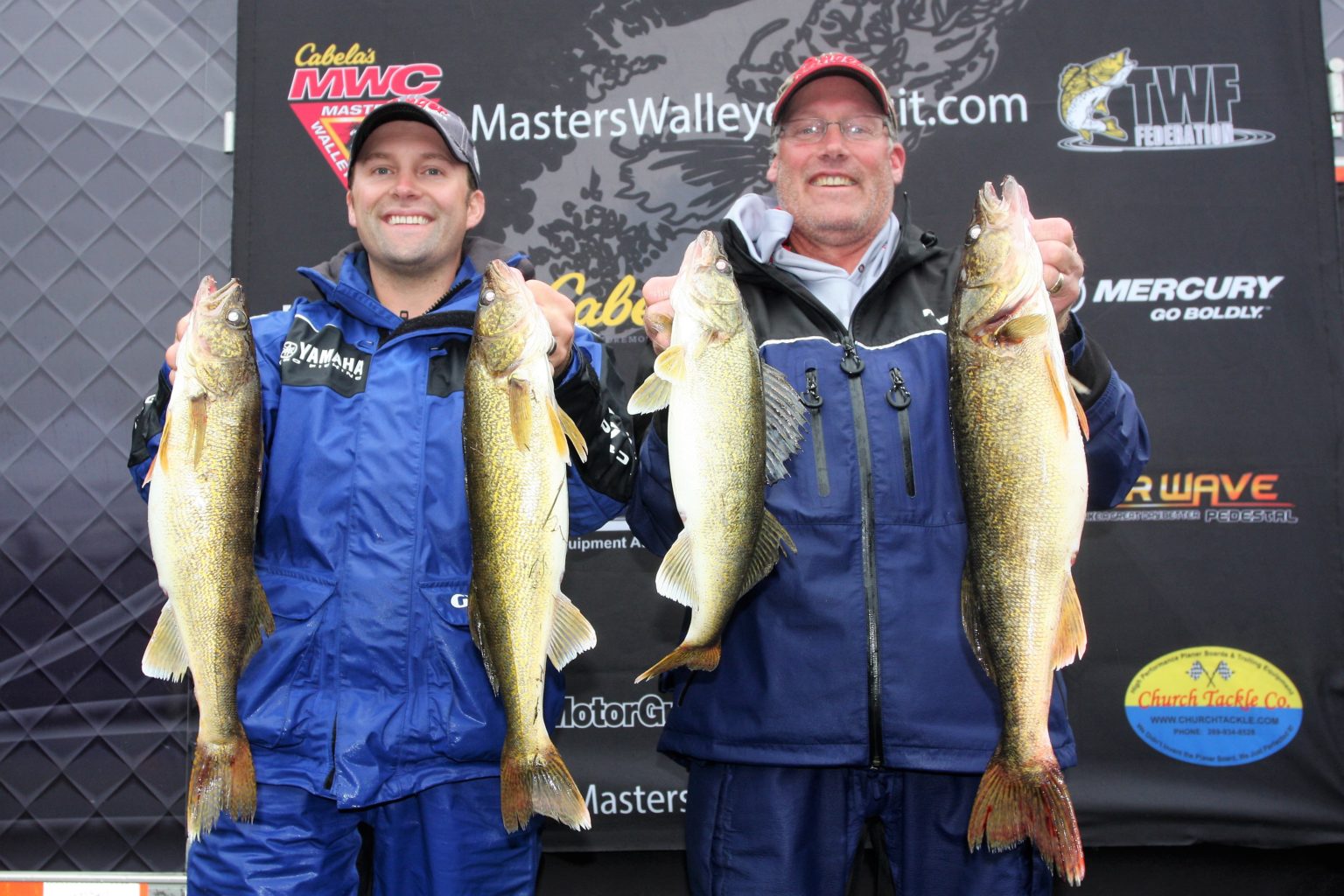 Ron and Spencer Deutz landed in third place heading into Saturday’s final round.