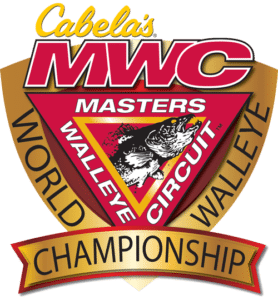 Presented by Cabela’s, the prestigious event runs Sept. 14-16 and features the top41 point-accumulating teams from the circuit’s 2016 regular season, which included seven qualifiers in six states on a diverse selection of the Walleye Belt’s finest rivers, inland lakes and big-water fisheries.

Points are tallied from each team’s top three finishes. This year’s field is led by a trio of teams who perennially place high on the leaderboard. Troy Morris and Corey Heiser racked up 472 points, followed by Steve Vandemark and Jerry Fox, Jr. with 459 points, and Curtis Olivier and Doug Galant with 449 points.

Vandemark and Fox earned MWC Team of the Year honors, which are based on a team’s best four finishes, in 2016. Morris and Heiser claimed the coveted title in 2017, while Olivier and Galant placed third in the 2016 Team of the Year race and fourth in 2017.

Along with a chance to claim the celebrated title of “World Walleye Champions,” the event offers $100,000 in cash and prizes. Plus, sponsor bonuses including Ranger Cup, Lowrance Electronics, Okuma and AirWave add thousands more to the total payout.

Scenic Stony Point Resort will host launches and weigh-ins. Teams will take off at 7 a.m. or first safe light. Weigh-ins begin at 3 p.m. The public is invited to come out and cheer their favorite teams off in the morning, then return to watch the drama unfold each afternoon.

Walleye fans unable to attend the weigh-ins can catch the action online via live streaming video coverage and an updated leaderboard, both at masterswalleyecircuit.com. On-the-water and weigh-in action will also be filmed for national television airing on Federation Angler TV, which appears on the Pursuit Channel. For Federation Angler TV schedules, visit federationangler.com.