Marinette, Wisc — August 10, 2020 — The field of the Bass Pro Shops and Cabela’s Masters Walleye Circuit (MWC) tournament, Presented by Mercury, was scattered throughout the bay of Green Bay August 7-9 with many hoping to cash in on a historic bite. Max Wilson (Campbellsport, WI) and Isaac Lakich (Richfield, WI) have been tracking this bite for weeks leading up to the MWC event. Though a great bite was to be expected, the delayed second day of competition was not. 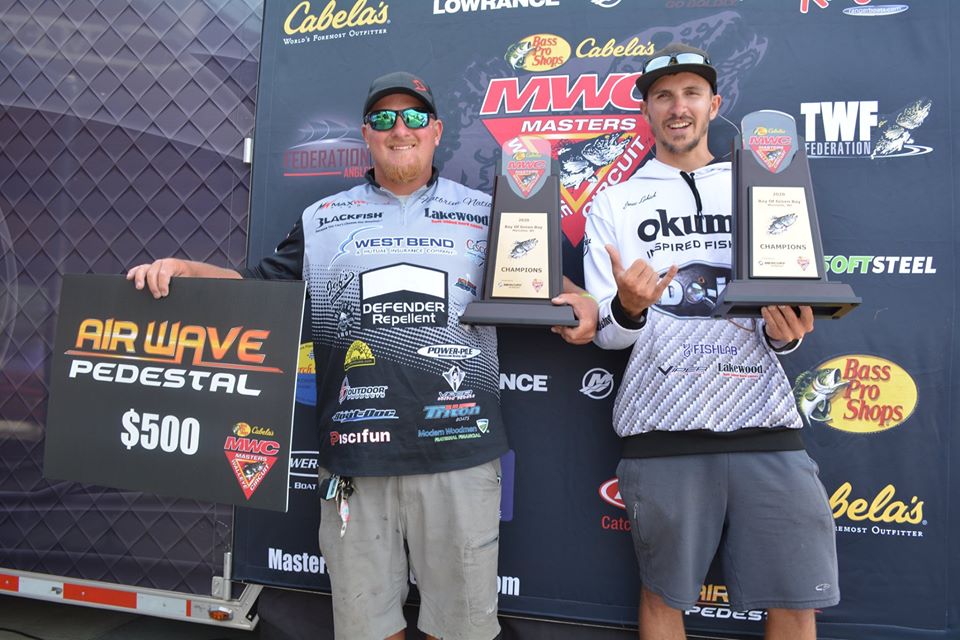 The Masters Walleye Circuit’s tournament director, Jack Baker, made the decision to cancel fishing activities on Saturday, August 8th due to treacherous wind and weather conditions on the bay. “We always want a safe environment for our anglers to fish in.” Said Jack about his decision. “Many of these teams are making long runs, and although that’s a choice they make and not something they have to do, I want to make sure the desire for safety stays top-of-mind rather than the fish.”

Max and Isaac worried that their fish may have moved or that other conditions would cause them to stumble when fishing resumed on Sunday, August 9. When they arrived at their spot, they found water temperatures had dropped significantly, generally signaling a loss of active fish. “We dropped our electronics and saw the fish were still stacked there.” Max said as they weighed their fish that afternoon. “I looked over at Isaac and told him the fish are still here and I knew if they were here, we could catch them.” Isaac knew that between their time on the water Max and him had done all they could have done. “We have a solid pre-fishing plan. We split up and we checked and re-checked everything. We fish very similarly so I knew I could trust what he found and he could trust me.”

Max and Isaac weighed a total of 74lbs and brought home over $17,500 in cash and prizes, including the $10,600 first-place cash payout, $3,782.50 option pot cash, $500 AirWave certificate and a $1,000 Bass Pro Shops and Cabela’s National Team Championship Prize Package, including paid entry into the Bass Pro Shops and Cabela’s NTC, travel stipend, team jerseys and plaques. 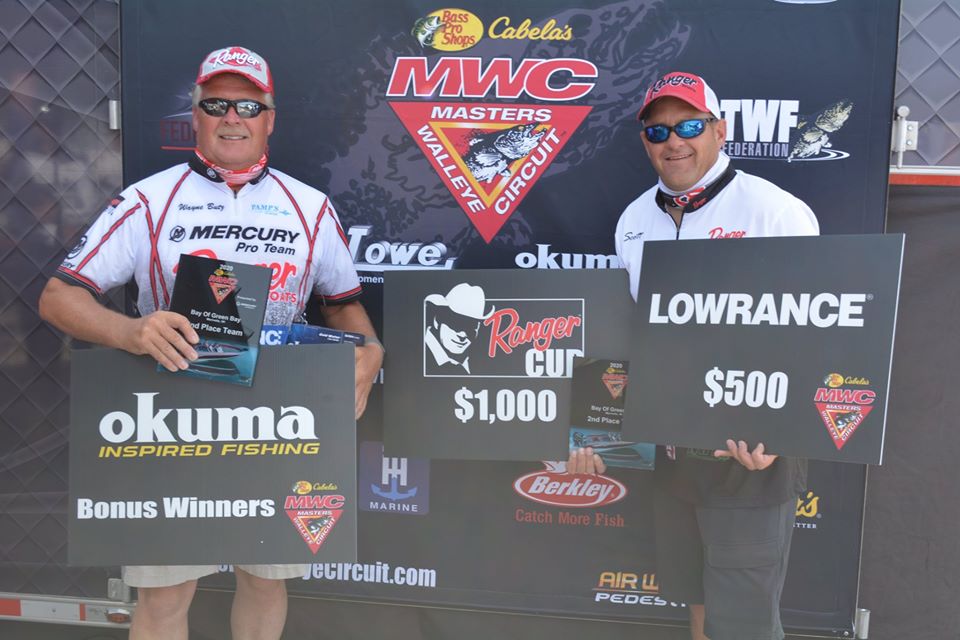 All together the Bass Pro Shops and Cabela’s Masters Walleye Circuit awarded $54,772.50 in cash and prizes in Marinette, WI.