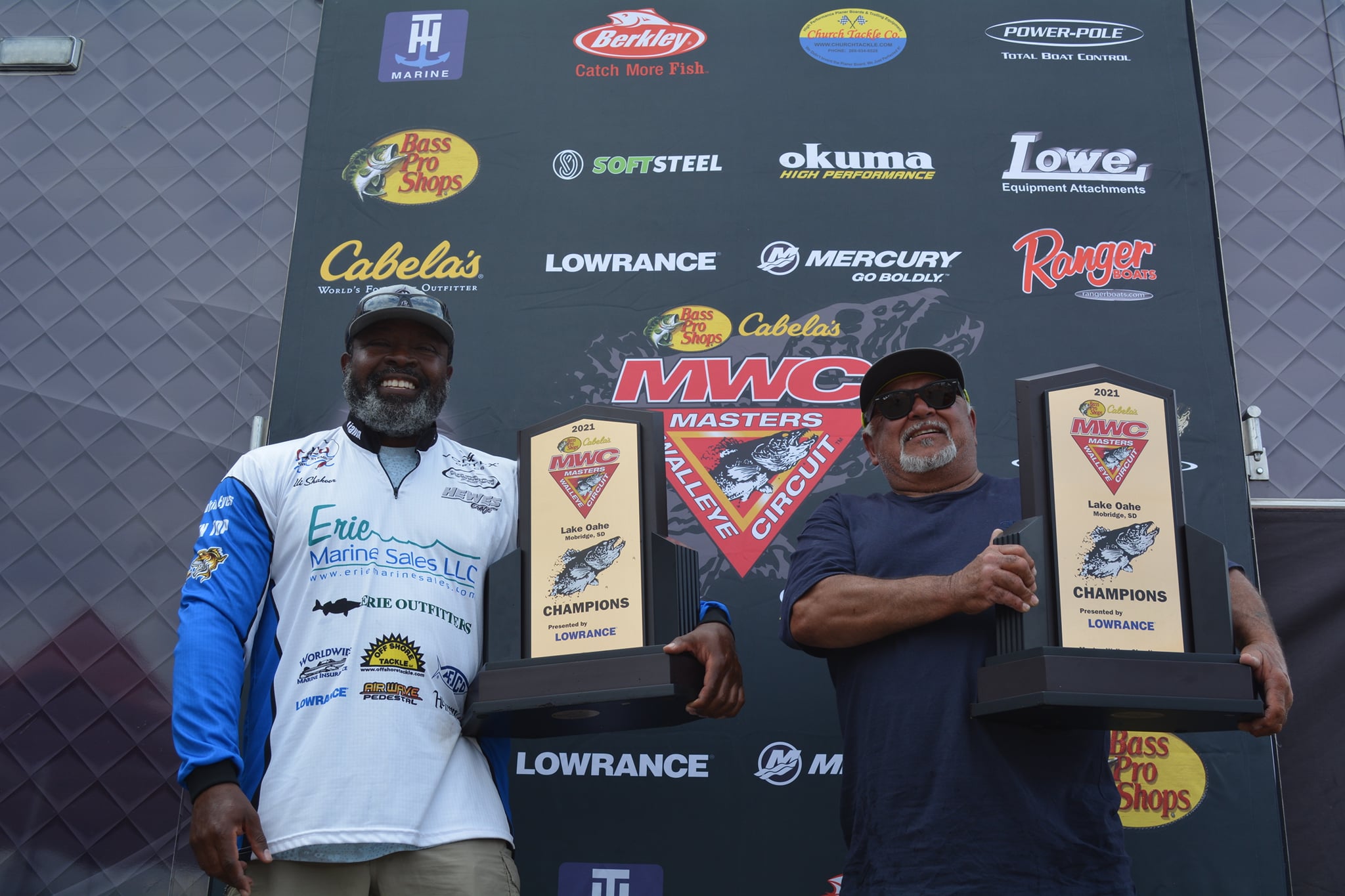 Dennis Hunter (Morrison, CO) and Ali Shakoor (Dearborn Heights, MI) drove from opposite ends of the walleye world to come together and fish, learn and have fun in Mobridge, SD. What they learned is that it’s a lot of fun to catch big fish on Lake Oahe.

“We came to be better anglers…It was a no brainer to come to Lake Oahe” said Ali while on stage immediately securing the win on Saturday. “We came here with an open mind to learn this system and have some fun.” Dennis and Ali weighed only 3 of the 5 fish allowed on the first day, but those three weighed 21-06 good enough for second going into the final day.

Saturday’s weight of 18-06 was enough to lock in a nearly 5-pound advantage over the eventual second place team of Ryan Thompson (Pierre, SD) and Scott Larsen (Mayville, ND) to win a total of $10,983 in cash and prizes including a $9,668 check, a $1000 Bass Pro Shops and Cabela’s NTC prize package, two Okuma fishing reels and the trophies.

Another winning opportunity for anglers at this event was a random draw for a 60” Lowrance Ghost™ trolling motor valued at $3,649.99. Tournament Director, Jeff Kelm, called a young audience member up to the stage to choose a random number correlating to the boat numbers in the event. Boat number 23, Mike Gustafson and Brent Mortenson, was selected and won the highly coveted prize.

The teams caught 356 fish weighing a total of 933 lbs. 12 oz. during the event. The Berkley Big Fish of the event was 12-00 caught by Tyler Polzen and Cody Rahder. 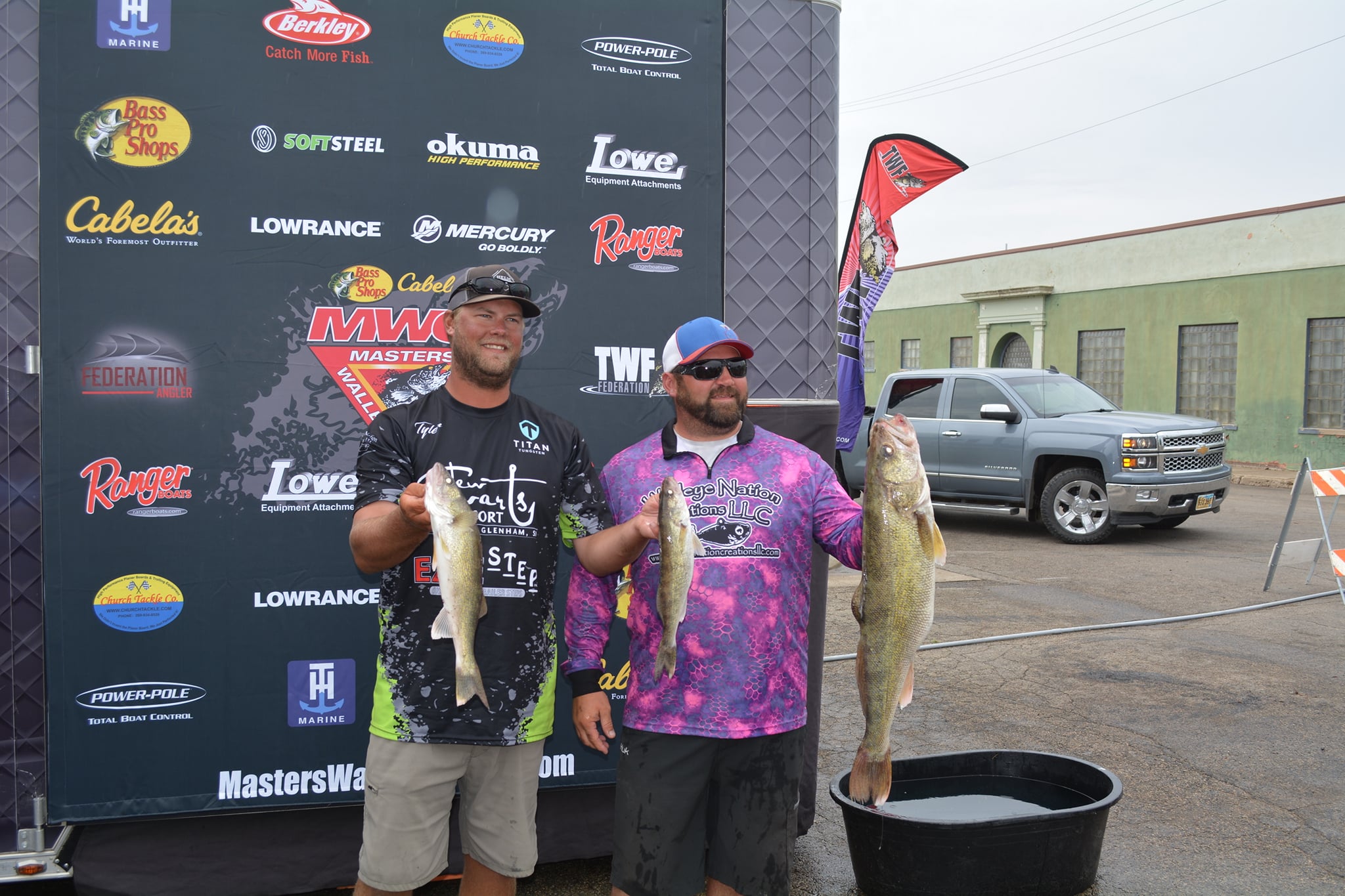 Under the umbrella of The Walleye Federation (TWF), the Bass Pro Shops and Cabela’s Masters Walleye Circuit is North America’s longest-running and undisputed leader in team walleye tournaments and as an inductee into the freshwater fishing hall of fame, has set the standard for competitive walleye fishing for 37 years. MWC is open to walleye anglers from all walks of life. The 2021 schedule includes seven qualifiers in six states, plus the 2021 Bass Pro Shops and Cabela’s MWC World Walleye Championship. Registration is now open for all events, and the registration deadline for the St Mary’s River tournament is close of business Monday, August 9th. Visit masterswalleyecircuit.com for full details.