With 2021 and all of its challenges behind us, the walleye fishing world is ready to get back on the water for the 39th season of the Bass Pro Shops and Cabela’s Masters Walleye Circuit (MWC). Once again teams that fish the longest running national walleye circuit in North America will via for their share of hundreds of thousands of dollars in cash and prizes that will be awarded in 2022 and a total payback that exceeds well over 100% of entry fees on the season. 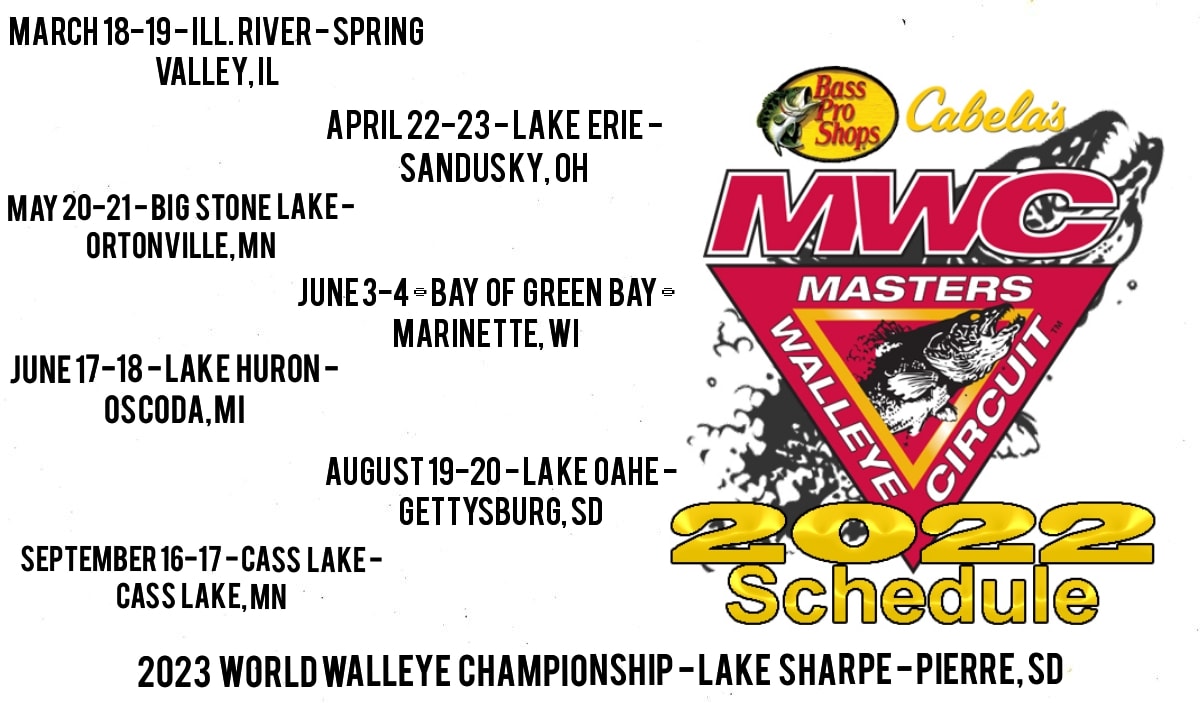 MWC will once again offer “Premier Team” status for those teams that sign up for at least (3) events at once, prior to fishing their first event of the year. Premier Team status is our way of saying “Thank You” for their commitment to fishing the Masters Walleye Circuit and come with multiple benefits each year such as, the use of a pre-designated substitute, delayed billing Premier Team swag and more.

Anglers competing in the 2022 MWC season events will be attempting to earn a coveted spot in the 2023 Bass Pro Shops Cabela’s World Walleye Championship. We are pleased to announce that in late September of 2023, the city of Pierre and Hughes County, South Dakota is excited to host the “Toughest Anglers on Planet Earth” to their historic city in the center of their state! The 2023 World Championship qualifiers will compete on one of the best the walleye fisheries in the west, Lake Sharpe in Pierre, SD, on the Missouri River system.

With that, the 2022 Bass Pro Shops and Cabela’s Masters Walleye Circuit Season looks like this:

Under the umbrella of The Walleye Federation (TWF), the Bass Pro Shops and Cabela’s Masters Walleye Circuit is North America’s longest-running and undisputed leader in team walleye tournaments and as an inductee into the freshwater fishing hall of fame, has set the standard for competitive walleye fishing for the past 38 years. The MWC is open to walleye anglers from all walks of life. The 2022 schedule includes seven qualifiers in six states, plus berths into the 2023 Bass Pro Shops and Cabela’s MWC World Walleye Championship.