Ponca City, Okla. – August 31, 2022 – The Bass Pro Shops and Cabela’s Masters Walleye Circuit (MWC), is set to make its 7th and final stop of the 2022 season at Stony Point Resort on Cass Lake, MN, presented by Ranger Boats. Cass Lake has become the customary final stop of the season that anglers and families look forward to attending every year. On September 16th and 17th, starting at 3:30pm CT each day MWC anglers will bring their best 5 walleyes across the stage for one final shot at qualifying for the 2023 World Walleye Championship and a chance to bring home a hefty paycheck, a spot in the 2023 NTC, along with multiple bonus awards and you can follow it all live at MastersWalleyeCircuit.com and on our facebook page www.facebook.com/MastersWalleyeCircuit. 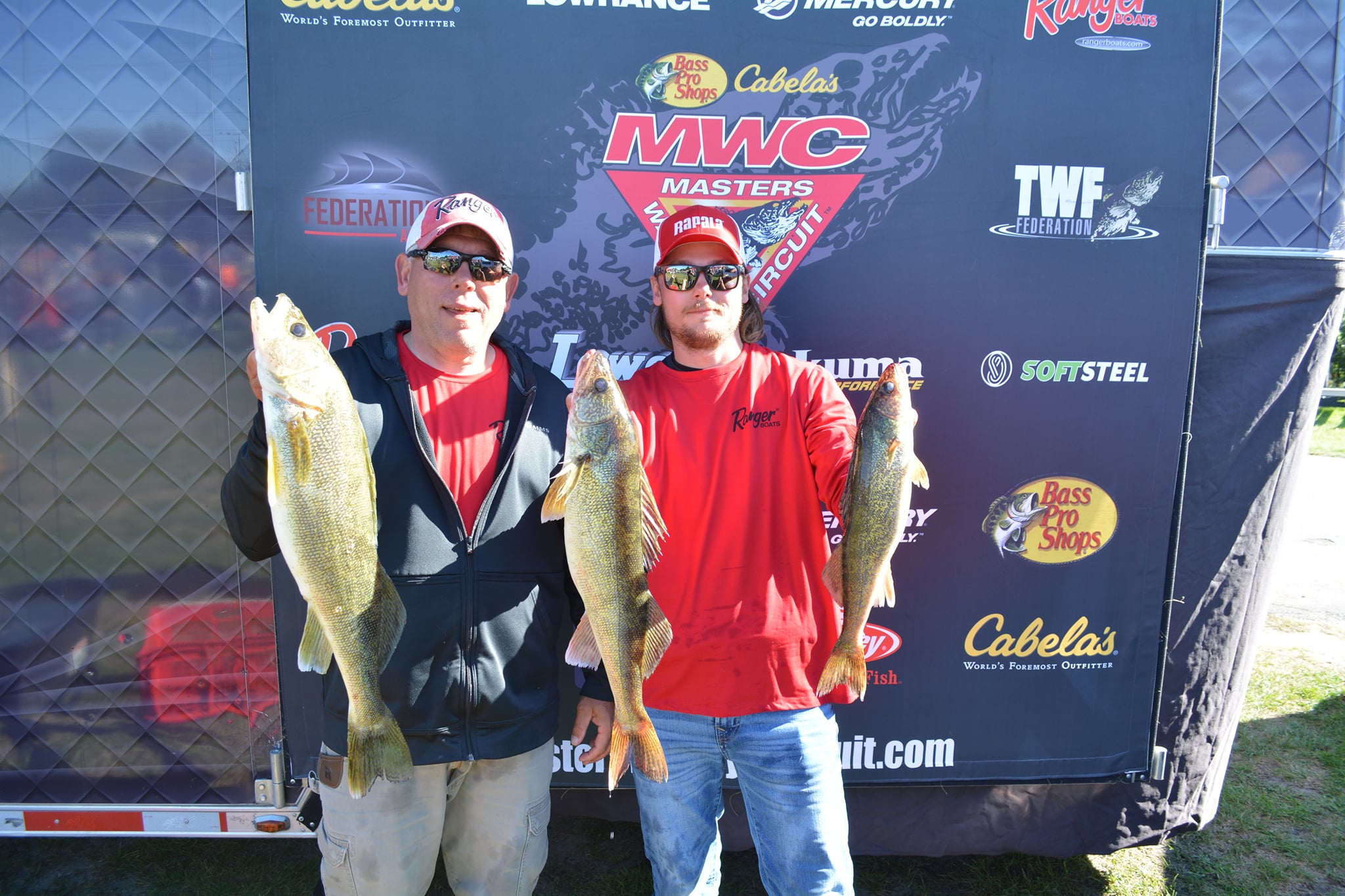 “The staff and anglers look forward to coming up here every year.” Said Jeff Kelm, the MWC tournament director. “Anglers bring their families to enjoy a nice stay in the north-woods and many even come earlier than normal to enjoy the camaraderie and take in everything the area has to offer. From seeing the beginning of the fall color change to even enjoying a little perch fishing between the hunt for walleyes. Stony Point Resort offers an experience not seen at many locations on the tournament trail and everyone loves it.”

Those competing in the event get to experience the start of a classic fall walleye bite on a destination fishing lake in northern Minnesota. The fish are starting to move shallower and the water temps and air temps are starting to cool off. Anglers will have more than 16,000 acres of water to cover and can target these walleyes many different ways as the fish start to put the feed bags on in preparation for the upcoming winter months. Teams will take off at 7:30 a.m. each day on Sept. 16-17 from the canal by Stony Point Resort in search of the winning bag.

Teams have been competing all year for the coveted Team Of The Year (TOY) title. With this being the last qualifying event for 2022, every point they can improve themselves will count big. Each Team is allowed to count their (4) best events of the season to accumulated TOY points, the team with the most points is awarded the Team of the Year title. This title shows who is the most consistent all year long among all teams that fish MWC and comes with a MWC “Living The Dream” Team of the Year, sponsorship package valued at $10,000 consisting of: Fully paid entry fee into the 2023 bass Pro Shops Cabela’s NTC including lodging provided for up to 6 nights at location of our choosing, Fully paid TOY team entry fees into a maximum of (4) 2023 MWC events, including TOY lodging at a location of our choosing for a maximum of 5 nights and a travel expense stipend of $400.00 per event. Custom Team of the Year jackets & trophies. The 2022 TOY will also get a last chance berth into 2022 WWC on the bay of Green Bay out of Oconto, WI on Sept. 29th thru Oct. 1st, 2022 if they are not already qualified. The top 10 teams in the final Team Of The Year standings will all receive a payout of varying amounts in cash and prizes.  Here is a current list of the top 10 teams that are in the hunt before Cass Lake for the 2022 Team Of The Year titles, we will see if they can hang on to their spots.

Registration is still open through midnight on Sept. 12 for this final qualifying event of the 2022 Bass Pro Shops and Cabela’s Masters Walleye Circuit. Cass Lake always draws a large crowd and many anglers from across the walleye world. If you’re interested in joining us, you can sign up today at MastersWalleyeCircuit.com. We hope you can come and join us in the fun! 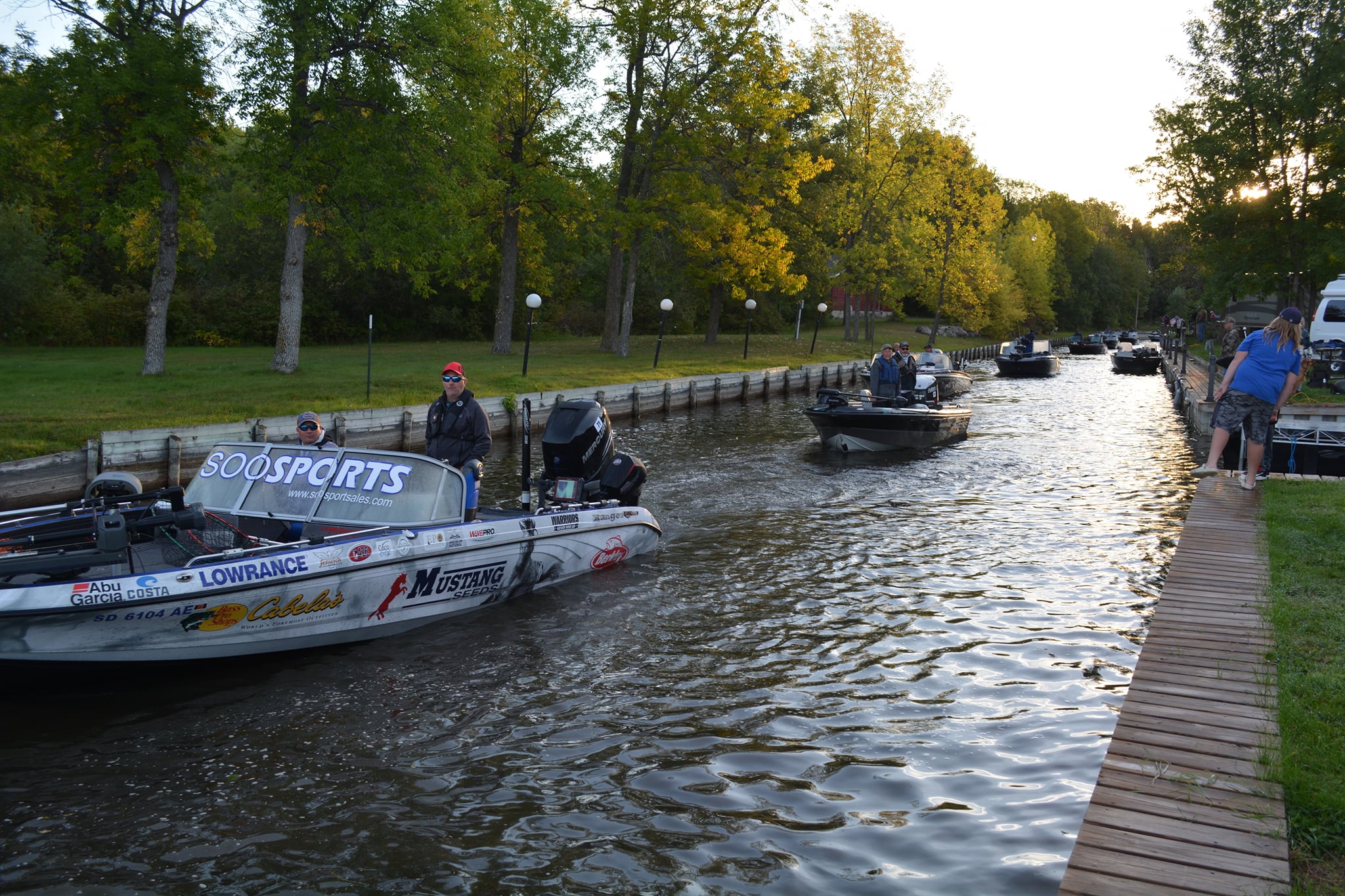 Each MWC event has a lucrative payout which is based on the number of teams entered into that event, and is awarded to 20% of the field, providing more inspiration to sign up and join the fun. In addition to a hefty check, the first-place team also earns a $1,000 Bass Pro Shops & Cabela’s National Team Championship (NTC) prize package including: paid entry, a travel stipend, team jerseys, and plaques. Additionally, the big-fish pot, option-pot and sponsor bonuses from Ranger Cup, Lowrance, Okuma, and T-H Marine Atlas Awards will add thousands more for distribution among the field.

Under the umbrella of The Walleye Federation (TWF), the Bass Pro Shops and Cabela’s Masters Walleye Circuit is North America’s longest-running and undisputed leader in team walleye tournaments and as an inductee into the freshwater fishing hall of fame, has set the standard for competitive walleye fishing for the past 38 years. The MWC is open to walleye anglers from all walks of life. The 2022 schedule included seven qualifiers in six states, plus berths into the 2023 Bass Pro Shops and Cabela’s MWC World Walleye Championship in Pierre, SD and as always pays back well over 100% of entry fees in cash and prizes every season.

The 2023 MWC qualifying schedule was released in July and it posted to the website at MasterWalleyeCircuit.com , start making YOUR plans to fish with us in 2023!