Devils Lake, North Dakota — August 18, 2019 — After spending 13 days on the water prior to the Bass Pro Shops and Cabela’s Masters Walleye Circuit (MWC) event at Devils Lake, Chad Lunde and Luke Schultz of Littleton, CO thought they had seen all they needed to know.  This just wasn’t going to be “their weekend.”

Presented by Ranger Boats, the Devils Lake MWC tournament sent teams out across the vastness that is Devils Lake in North Dakota. With so many places for fish to hide and so many techniques to try, it was anyone’s guess as to who would have them locked down come Friday and Saturday. At the rules meeting Thursday night, Lunde and Schultz had no idea that less than 48 hours later they would be sitting with a chance to walk away with the win. 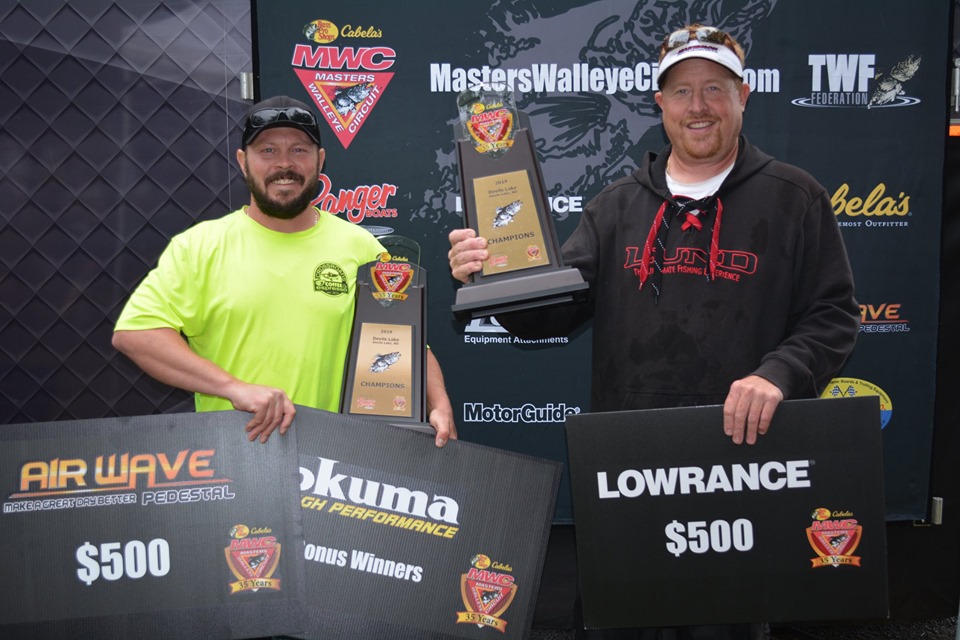 “We really had no plan and very low expectations.” Luke said in an interview after the win. “We had already used every rod and every lure in the boat while pre-fishing and thought we were just there to have some fun.” The team had zero fish when the clock struck 12:30pm on Friday afternoon, then something changed their entire weekend. “We saw something on the Lowrance side-imaging that caught our attention in 40 feet of water.” Said Luke.

Lunde talked about what happened next. “We got the idea to fish this spot like we would at home, pitching jigging-raps in deep water. At home we do it in 85 feet of water, here was only 40 feet, but it worked.” The anglers compiled a 5-fish, 26-02 limit in less than an hour on day one, good enough for second place, behind Jake and Gene Brueggemann’s 28-05.

“We didn’t go right to our spot on Saturday morning, honestly, we were worried that we were going to be followed, so we messed around a little to calm ourselves down and then found those fish once again.” Chad said. They once again put together a bag over 26 lbs. on day two for an impressive win, with 52 lbs. and 6 oz. “All we have wanted, for years, was to win an MWC event, we wanted that trophy, now we got it!”

All together the Bass Pro Shops and Cabela’s Masters Walleye Circuit awarded $48,565 in cash and prizes in Devils Lake. 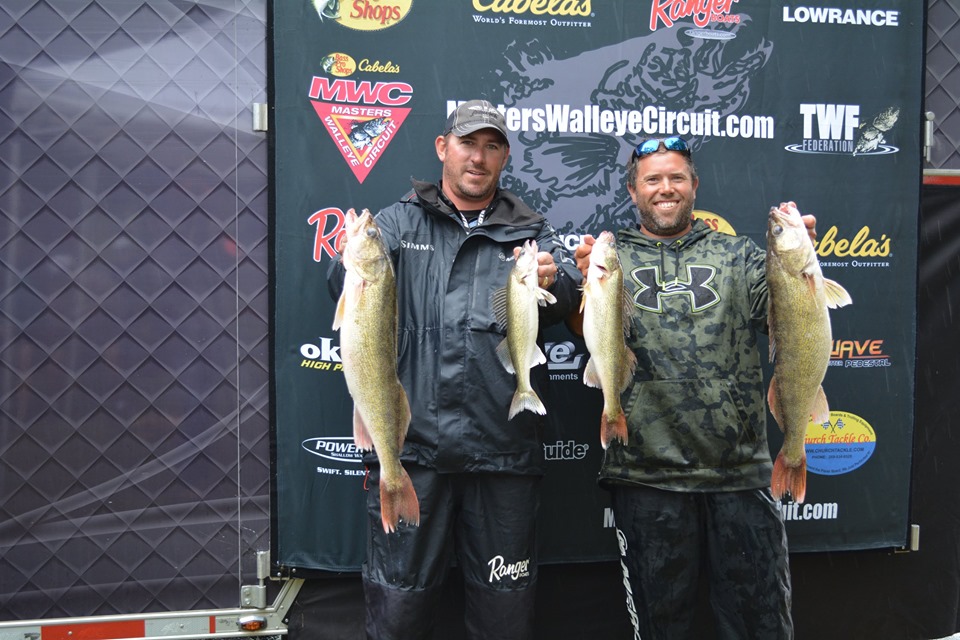