IF you have ever wanted to fish Escanaba NOW is the time MWC Escanaba coming up and……..2016 NTC!

NOW is the time to register for the upcoming MWC event at Escanaba July 31 and Aug 1 registration deadline is July 27!  You are going to want to sharpen your skills on the Bays de Noc now because…….

Ponca City, Okla.—July 8, 2015—Great news for walleye fans from coast to coast. The Cabela’s National Team Championship will return to the walleye-rich waters of Lake Michigan’s Big and Little Bays de Noc out of Escanaba and Gladstone, Michigan, for 2016.

Widely regarded as the walleye world’s premier grassroots championship, the Cabela’s NTC is comprised of teams that qualified through competition in local tournaments organized by walleye clubs sanctioned by The Walleye Federation (TWF). 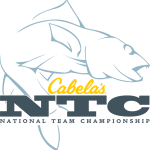 The 2016 event will mark the 15th edition of the prestigious championship, which annually draws hundreds of avid walleye anglers from across the U.S. and Canada. At press time a May date was tentatively being considered, but complete details will be released shortly.

Long a favorite destination of serious walleye fans, the Bays de Noc fishery is known for world-class action. In 2011, the last time the Cabela’s NTC visited the Upper Peninsula paradise, more than 250 two-person teams from Arizona to New Jersey and everywhere in between competed in the event.

Derek Navis and Korey Sprengel claimed top honors by bringing in a 10-fish, two-day limit weighing a whopping 64.41 pounds. With the 2016 event set to run three days, the total will no doubt climb even higher.

Along with great fishing and exciting competition, the Cabela’s NTC offers the chance to win some of the walleye world’s most lucrative prizes. At the 2011 championship on Bays de Noc, Navis and Sprengel won $30,000 in cash plus a Ranger 619 boat rigged with an Evinrude E-tec for their efforts, along with a second identical Evinrude-powered Ranger for being the top-placing Ranger Cup team in the NTC. All told, their winnings topped $160,000 and the 2016 Cabela’s NTC champions could enjoy an equally impressive payday.

“Cabela’s, The World Foremost Outfitter, shows its unprecedented support of walleye anglers across North America each year by hosting this one-of-a-kind event for them,” says Dan Palmer of The Walleye Federation. “The Cabela’s NTC pays out more than $100,000 in cash to the top 50 teams, over $10,000 in Cabela’s gift cards to the remainder of the field, special awards for big fish and big basket each day—plus the Ranger prize boats! In addition, the top 25 teams earn the title of ‘Cabela’s All-Americans’ and receive commemorative rings marking their achievements.”

As a bonus to Cabela’s NTC competitors and their families, the local community is decidedly fishing-friendly, and has a long tradition of rolling out the red carpet for visiting walleye hunters. “We’re extremely honored to be selected for this prestigious event and can’t wait to welcome the anglers back,” said Vickie Micheau of the Delta County Chamber of Commerce.

Micheau said the chamber will work collectively with the official site host—the Bays de Noc Convention and Visitors Bureau—along with the cities of Gladstone and Escanaba, local businesses and community organizations such as the Great Lakes Sportfisherman Club to ensure everyone involved in the event enjoys a great Delta County welcome.

She added that similar to 2011, the Upper Peninsula State Fairgrounds will serve as the epicenter for the event, including weigh-ins. “We’ll also provide a special meal for anglers at the rules meeting that showcases the great cuisine available at our local restaurants,” she said.

“Cabela’s is thrilled for the 2016 Cabela’s NTC to return to Bays de Noc. The waters provide wonderful opportunities for walleye anglers and the surrounding communities are outstanding hosts,” said Andrea Crass, Director of Communication and Partnerships for Cabela’s. “The event was a great success when it was hosted at Bays de Noc in 2011 and this year’s competition promises to be even better.”

The entire field will compete the first two days. Each team will be allowed to bring their best five fish to the scale each day. Competition will be fierce, as only the top 25 teams advance to the final round on day three. Adding to the excitement, the event will be streamed live online and also filmed for national television.

On the family front, a Kid’s Fishing Clinic will be held immediately following the day one weigh-in. Youngsters will get to meet NTC competitors and the first 100 kids will receive free rod-and-reel combos courtesy of Cabela’s and The Walleye Federation.