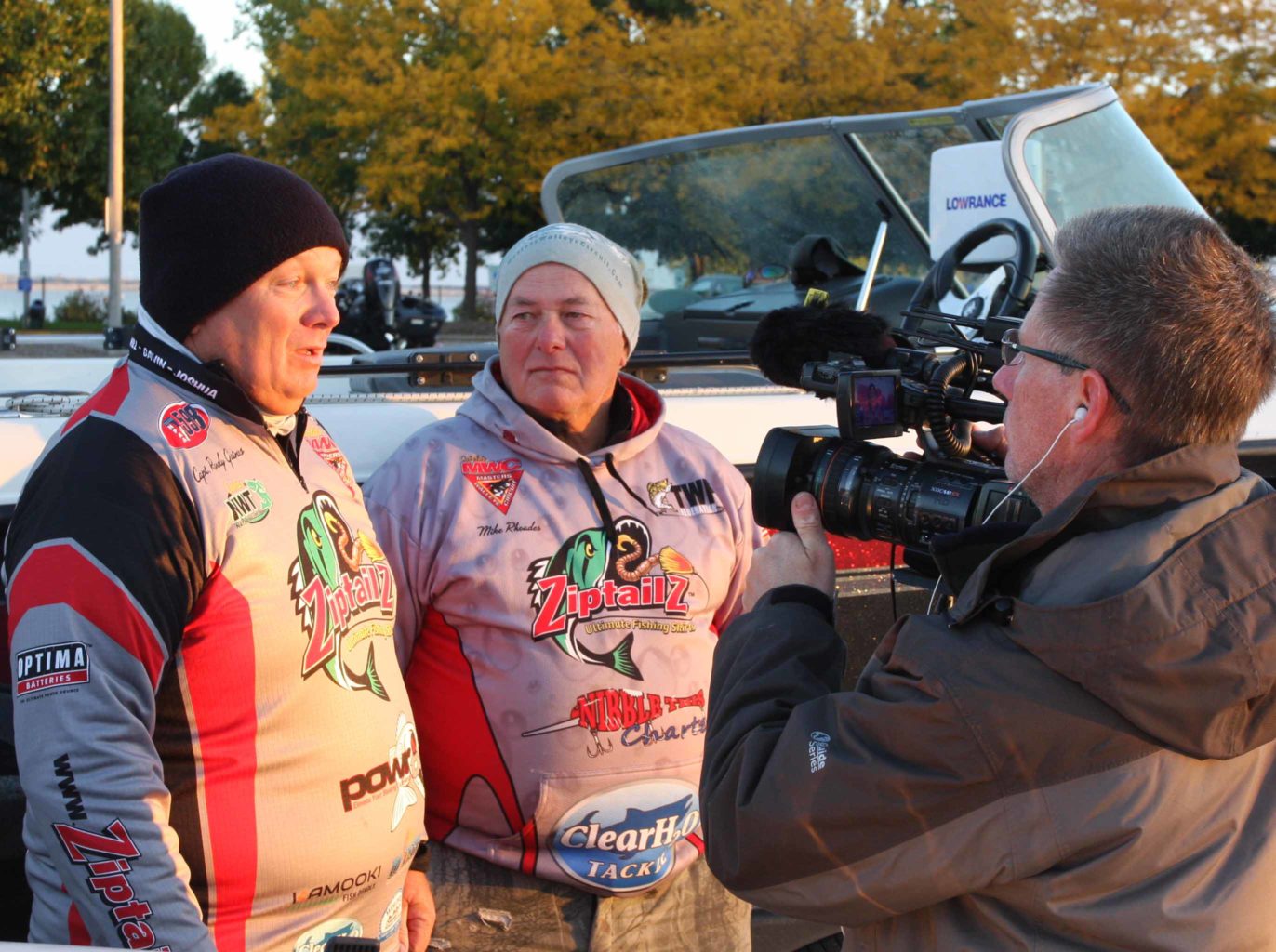 Green Bay, Wisc.—Oct. 8, 2016—With the Wisconsin waters of Green Bay of Lake Michigan back in play for day three of the 2016 Cabela’s Masters Walleye Circuit’s World Walleye Championship, two-person teams were faced with choosing between a near-certain limit of keepers on the Fox River or rolling the dice for big fish offshore.

For leaders Randall Gaines and Mike Rhoades, the decision was easy.

“We’re glad to be back on the big lake,” said Gaines, of Salem, Ohio.

The pair plucked a 27-pound, 11-ounce limit from the bay on day one to top the 48-boat field competing in the championship, which offers more than $100,000 in cash and prizes, including $15,000 cash for first place, plus a shot at thousands more in sponsor bonuses from Ranger Boats, Abu Garcia, Lowrance Electronics and Okuma.

When tournament boundaries were reduced to the Fox River on day two due to gale force winds, Gaines and Rhoades, of South Bend, Indiana, sacked a 5-fish limit weighing 7-02 to retain their grip on the lead with a 34-13 two-day total.

The event is far from a blowout, however, as Wisconsin’s Michael Lenarduzzi and Douglas McDonough are nipping at their heels in second place with 33-15, followed by Greg Whitson and Mark Campeau of Ontario with 30-14.

While the leaders welcomed a chance to fish the bay, they were less enthusiastic about the weather. “We’re not so glad the temperature dropped 30 degrees,” Gaines laughed.

“Our run is substantial today,” he continued. “Our big fish are about 40 miles away, maybe a little farther. And it’s still rough out there, but the wind is supposed to lay down around noon, and we do have spots along the way. Hopefully we can fish our way out to our main spot.”

“Win lose or draw, no matter where we end up, just being invited to fish the MWC Championship and having led the field for two days is very special,” added Rhoades. 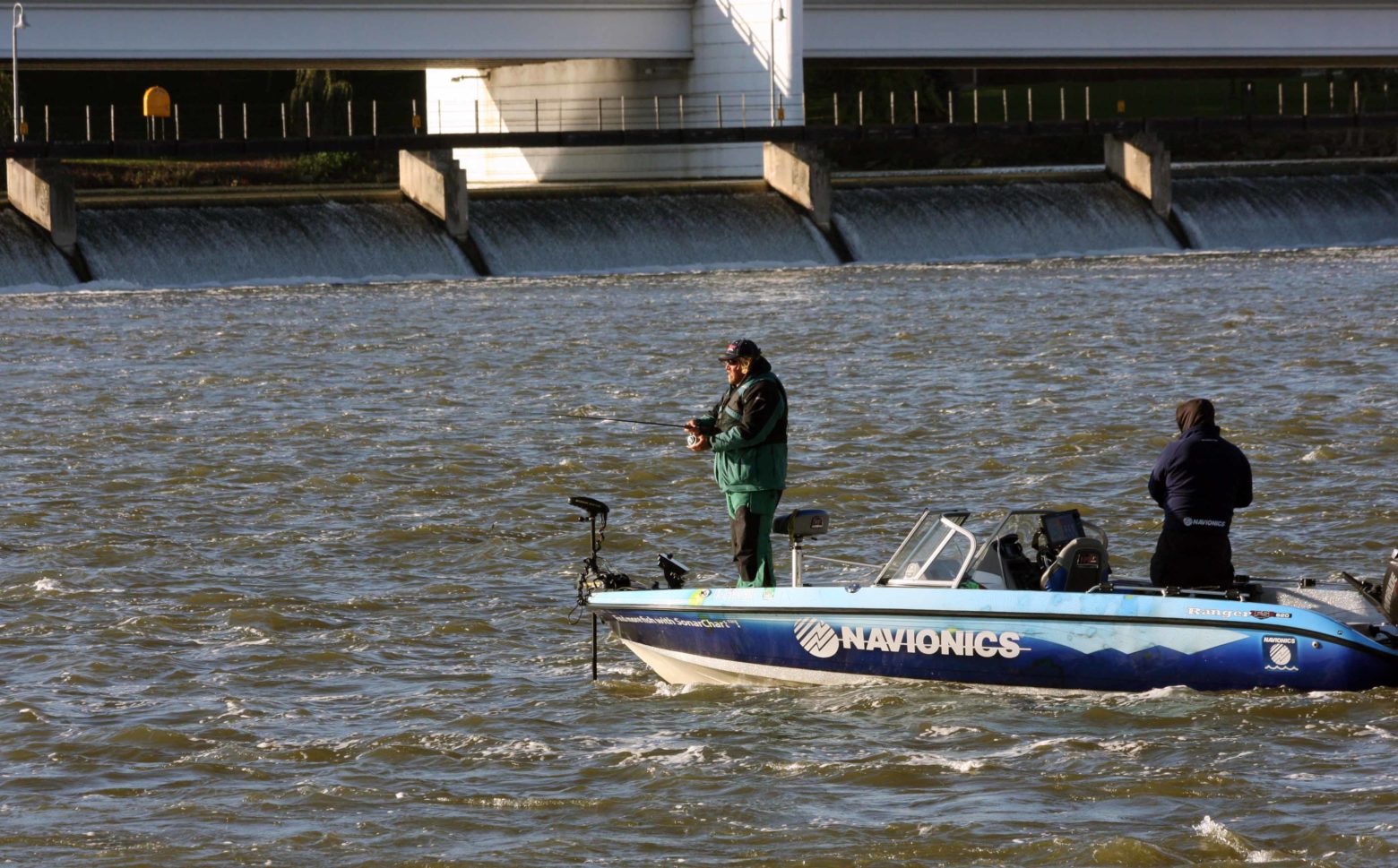 The final weigh-in starts today at 4 p.m at Green Bay’s Metro Park landing. It is open to the public, and will also be streamed live worldwide at masterswalleyecircuit.com.