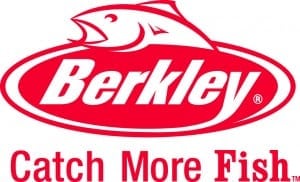 Widely considered one of the Walleye Belt’s hottest fisheries in 2015, Devils Lake has been serving up incredible catches all season—meaning two-person teams signing up to compete for thousands in cash and prizes in an exciting, professionally run setting can expect epic action during practice and competition.

The Circuit has a rich and storied history on Devils Lake. In 2013, for example, South Dakotans Travor Diegel and Paul Steffen jigged up a whopping 45-pound, 10-ounce total on spoons and hardbaits sweetened with minnow-flavored Berkley Gulp! Alive! Marinade for a payday topping $16,000 in winnings.

Payouts are based on the number of teams entered in each event. In 2014 the Circuit rewarded anglers with a total payback of more than 127 percent, and that trend continues this season. Plus, the MWC Big Fish Pot and sponsor bonuses from Ranger, Lowrance, Abu Garcia, Zippo Outdoor Brands and Okuma add thousands more to the total.

As an added incentive, the first-place team will win a $1,000 Cabela’s National Team Championship Prize Package including paid NTC entry, travel stipend, team jerseys and plaques. And new for 2015, the creation of an option pot adds even more chances to cash in. At the recent Petenwell Lake qualifier, for example, tournament champions Barb and Danny Plautz added $2,730 in option pot cash to their total winnings.

Adding to the excitement, all Cabela’s MWC tournaments are designated as “State Championship Qualifying Events.” Teams from the state where the event is held are eligible, along with teams from a state not hosting an MWC event in 2015 (provided at least 10 teams from their state are competing in the event). Besides bragging rights, state champions will earn a $1,000 prize package including custom trophies, custom State Champions rings by Tight Lines Jewelry, decals, a berth in the Cabela’s NTC, and a spot on the MWC website’s Wall of Fame.

Teams will be allowed to weigh five walleyes measuring 14 inches and over each day, and the team with the heaviest two-day total weight will be crowned the winners. Weigh-ins, which are free and open to the public, will be held at Grahams Island State Park beginning at 3 p.m. daily. As a bonus to budding tournament fans, the Cabela’s MWC, National Professional Anglers Association, Pure Fishing and Zippo Outdoor Brands will present a Youth & Family Fishing Clinic immediately after the day-one weigh-in. The first 50 youths will receive rod and reel combos courtesy of the NPAA.

Under the umbrella of The Walleye Federation (TWF), the Cabela’s MWC is open to avid walleye anglers from all walks of life. Deadline to register for the Devils Lake tournament is Monday, August 3.