Escanaba, Mich.—August 1, 2015—Ontario, Canada’s Greg Whitson and Mark Campeau fought their way up the leaderboard from ninth place on day one into a tie for first place—and then won the tiebreaker to capture an emotional victory at the Cabela’s Masters Walleye Circuit’s Bays de Noc tournament presented by MotorGuide out of Escanaba, Michigan, July 31-August 1. 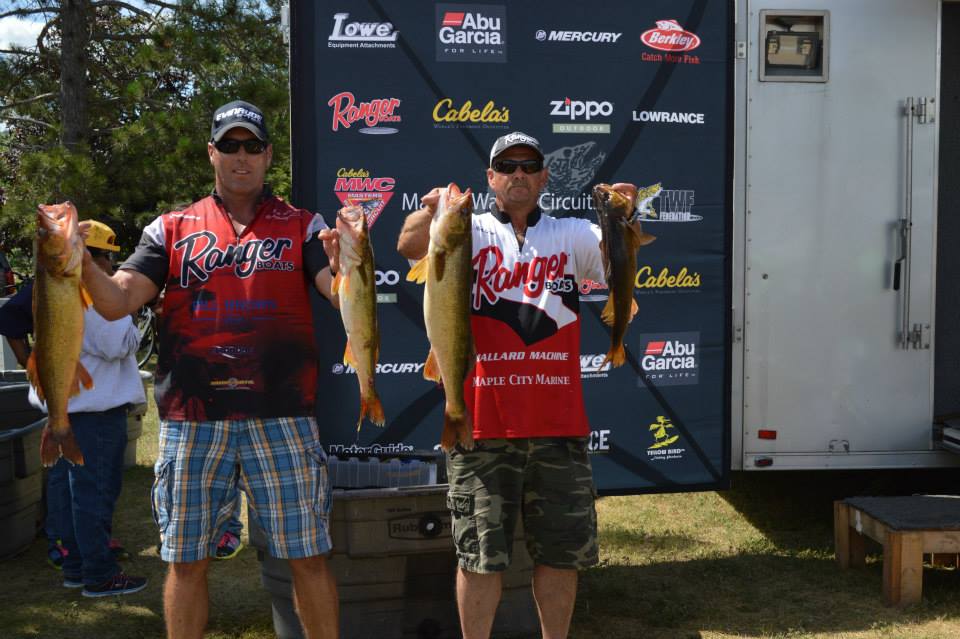 “This is unbelievable,” said a shell-shocked Whitson, of Windsor, moments after he and Campeau claimed their first MWC victory in six seasons of competition. “It’s been a long time coming. We’ve been close a number of times, and now we finally get to come home with our heads held high.”

“It’s very satisfying to win one—especially where we never expected it to happen,” added Campeau, of St. Joachim, explaining that Lake Erie is closer to home, and this end of Lake Michigan has challenged them during previous tournaments. “But this time around, we caught more fish at Bays ds Noc the past two days than we’ve taken during prefishing events the previous three years.”

On day one, they bagged a beefy 5-fish limit weighing 25 pounds, 2 ounces, which landed them in ninth place. They followed up on day two with a 26-pound, 15-ounce limit for a 52-pound, 1-ounce total. 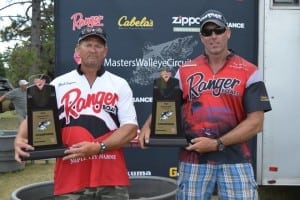 Michigan’s Jamie Tourangeau and Ross Neubauer, who had been in eighth place on day one, equaled that benchmark with 52-1 two-day weight of their own.

According to Cabela’s MWC tiebreaking rules, the decision went to Whitson and Campeau for bringing the most live walleyes to the scale. The Canadians had the edge with 10 live fish, compared to nine for Tourangeau and Neubauer.

“I have to credit our Ranger livewell,” said Whitson. “Before we made our run to the weigh-in on day two, we were concerned whether a few of our fish were going to make it. But when we got to the dock, they just about jumped out of the livewell.”

Both days, Whitson and Campeau trolled purple and yellow spinner rigs behind ½- and 1-ounce inline sinkers over small humps in nine to 21 feet of water off Peninsula Point. They said trolling speeds of 1.4 to 1.5 mph were key, as slower paces didn’t trigger Bays de Noc’s walleyes into striking.

The Bays de Noc tournament also provided the stage for the Michigan State Walleye Championship.
Al Szoke, of Grosse Ile, and Kevin Yancey, of Newport, claimed the crown by accumulating the most points between the MWC’s Detroit River and Bays de Noc qualifiers. The title comes with a $1,000 prize package including custom trophies, custom State Champions rings by Tight Lines Jewelry, a berth in the Cabela’s NTC, decals and a spot on the MWC website’s Wall of Fame. 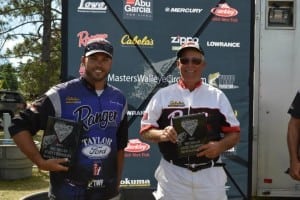