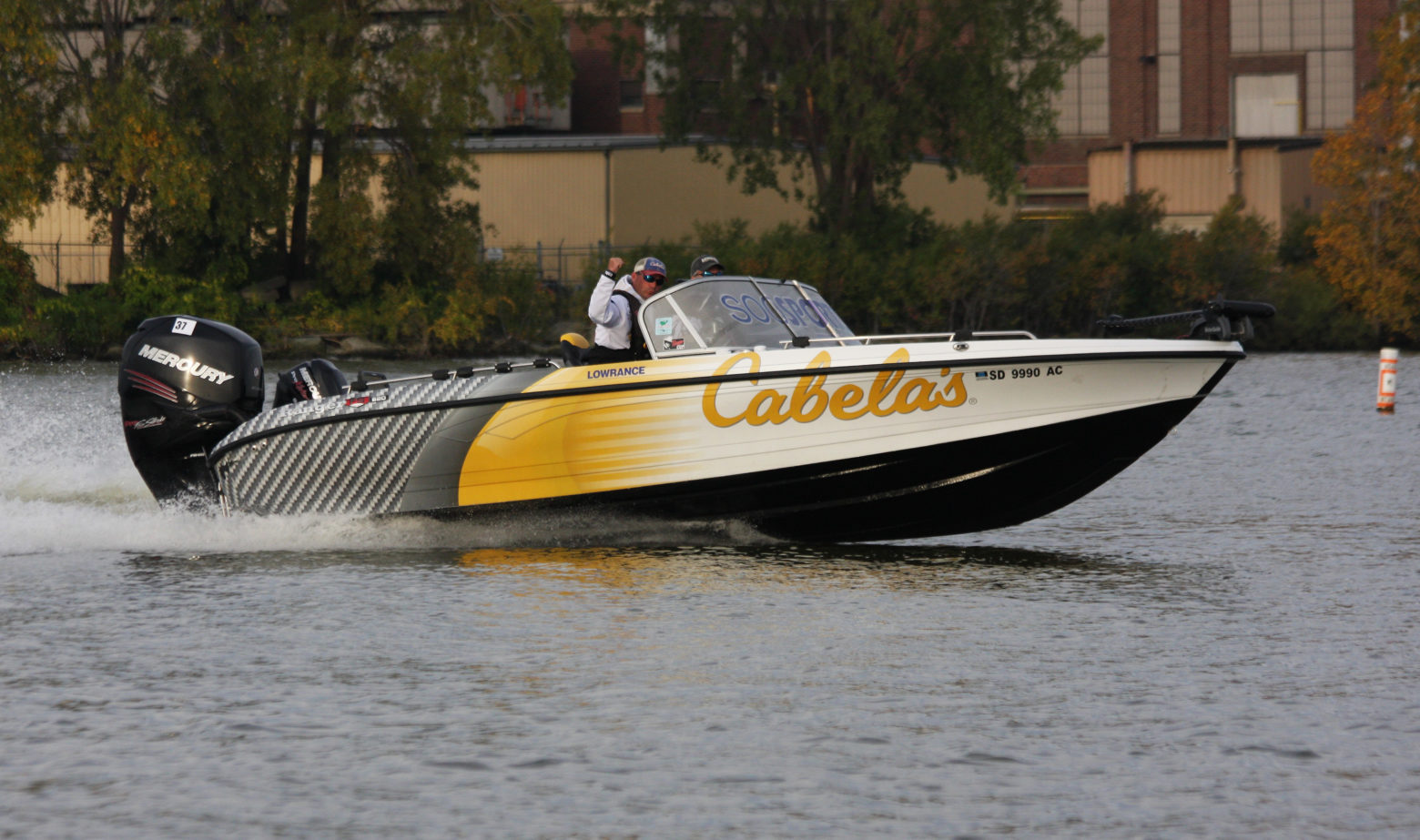 Green Bay, Wisc.—Oct. 6, 2016—Forty-eight two-person walleye fishing teams from across the country set off onto the uncharacteristically calm waters of Lake Michigan’s famed Green Bay this morning in search of walleye gold, as day one of the three-day Cabela’s Masters Walleye Circuit’s 2016 World Walleye Championship kicked off out of Metro Park landing.

Presented by Cabela’s, the championship pits the top teams from the circuit’s 2015 schedule, which spanned eight states and included 11 qualifying events. Anglers are fighting for their share of more than $80,000 in winnings, including the first-place payout of $15,000 in cash. Plus, sponsor contingencies including Ranger Cup, Abu Garcia, Lowrance Electronics and Okuma bonuses add thousands more to the total payout.

Teams are fishing the Fox River and Wisconsin waters of Green Bay, and allowed to bring their best five walleyes to the daily weigh-ins, also held at Green Bay Metro Park, which begin at 4 p.m. At the end of the three days, the team with the heaviest total will be crowned World Walleye Champions. 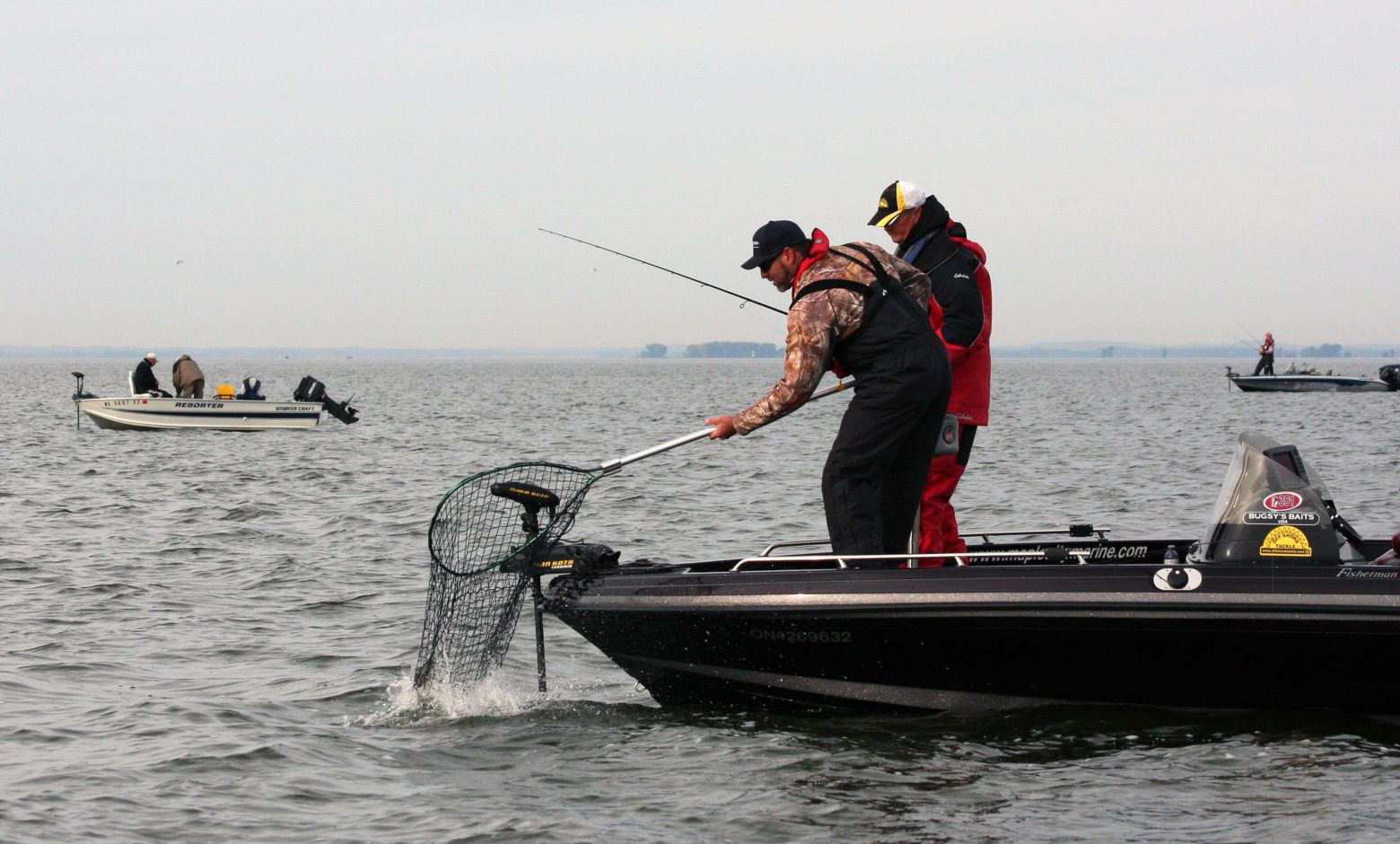 2013 Cabela’s MWC Team of the Year and 2014 MWC World Walleye Champions Derek Navis and Korey Sprengel would love to reclaim the title this time around, but predict challenging conditions will put each one of the teams’ talents to the test.

“Water temperatures have dropped 10 degrees in the last week and the daytime bite is really tough,” says Sprengel, of Beaver Dam, Wisconsin. “Not a lot of fish were being caught in practice, and with multiple weather patterns expected to move through during the tournament, it’s going to be interesting. True champions will be crowned at the end of this one.”

“It’s going to be a grind,” added Navis, of Brandon, Wisconsin. “We’re going to bust our butts and hopefully put a few fish in the box.”

Fishing his 12th MWC Championship, Tommy Skarlis foresees an on-the-water chess match where teams face big decisions on where and how to fish.

“It’s pretty interesting out there,” says Skarlis, of Waukon, Iowa, who is fishing with partner Jeff Lahr. “We’ve had a lot of northeast winds which doesn’t bode well for the deep bite. The fish are everywhere right now, they’ve got lots of food, and the bite hasn’t been right.”

While many teams are expected to focus on Green Bay, Skarlis won’t be surprised to see a few  boats head up the Fox River. “The river is going to be a factor, especially for teams that want to get into the top 10 or 20,” he said. “And if the wind is blowing, river fish could take it all.”

Some teams are predicting three 20-pound bags could take the tournament, but Skarlis has faith in the MWC field’s potential to score big catches. “You have 48 top teams of the greatest walleye anglers in the nation. It’s going to take a big weight to win this one. Jeff and I are thinking you’ll need anywhere from 75 to 90 pounds to pull it off.”

On the tactical front, Skarlis believes a variety of shad- or banana-style crankbaits could be key on the bay. “Any of the baits from Berkley are hot,” he says. “Flicker Shads, Flicker Minnows, even some of the new multi-species lures like the Warpig could be major players.”

In the river, he notes, “A cornucopia of presentations come into play. Jigging, dragging three-way rigs, casting crankbaits or spoons, you can catch walleyes a lot of different ways.”

The public is invited to attend the weigh-ins and cheer on their favorite teams. Adding to the excitement, on-the-water and weigh-in action will be filmed for national television airing on Federation Angler TV, which appears on the Pursuit Channel.

As a bonus for young walleye anglers, the Cabela’s MWC, National Professional Anglers Association and Pure Fishing will present a Youth & Family Fishing Clinic immediately after Friday’s weigh-in. The first 50 youths will receive rod and reel combos courtesy of the NPAA.