Ponca City, Okla. – June 9, 2022 – The Bass Pro Shops and Cabela’s Masters Walleye Circuit (MWC) is set to travel to Lake Huron, for the 5th qualifying stop on the 2022 circuit. Presented by Ranger Boats, anglers will be in search of some walleyes of equally large proportions to the waters they live in. This event will be run in conjunction with the Michigan Walleye Tour as well, combining two events into one for teams to cash-in on some big winnings.

The event will launch right in the middle of some of the most fertile walleye waters in the nation at Oscoda, Michigan’s AuSable Harbor. According to a 2019 population study, there are an estimated 5.5 million walleyes in Saginaw Bay alone. According to the Michigan DNR and a study done by Michigan State University, the booming population of walleyes in Lake Huron is partly due to the declining numbers of alewives, an invasive, predatory species that thrived in the great lakes and preyed on walleye fry. With Saginaw Bay to the south and Thunder Bay, in Alpena, to the north, the event presents anglers from all over the country opportunity to experience incredible great lakes walleye fishing. Of course, the question remains, will this event be won north of, south of or right near Oscoda? We will find out June 17-18 as competitors bring their best five walleyes across the MWC stage. 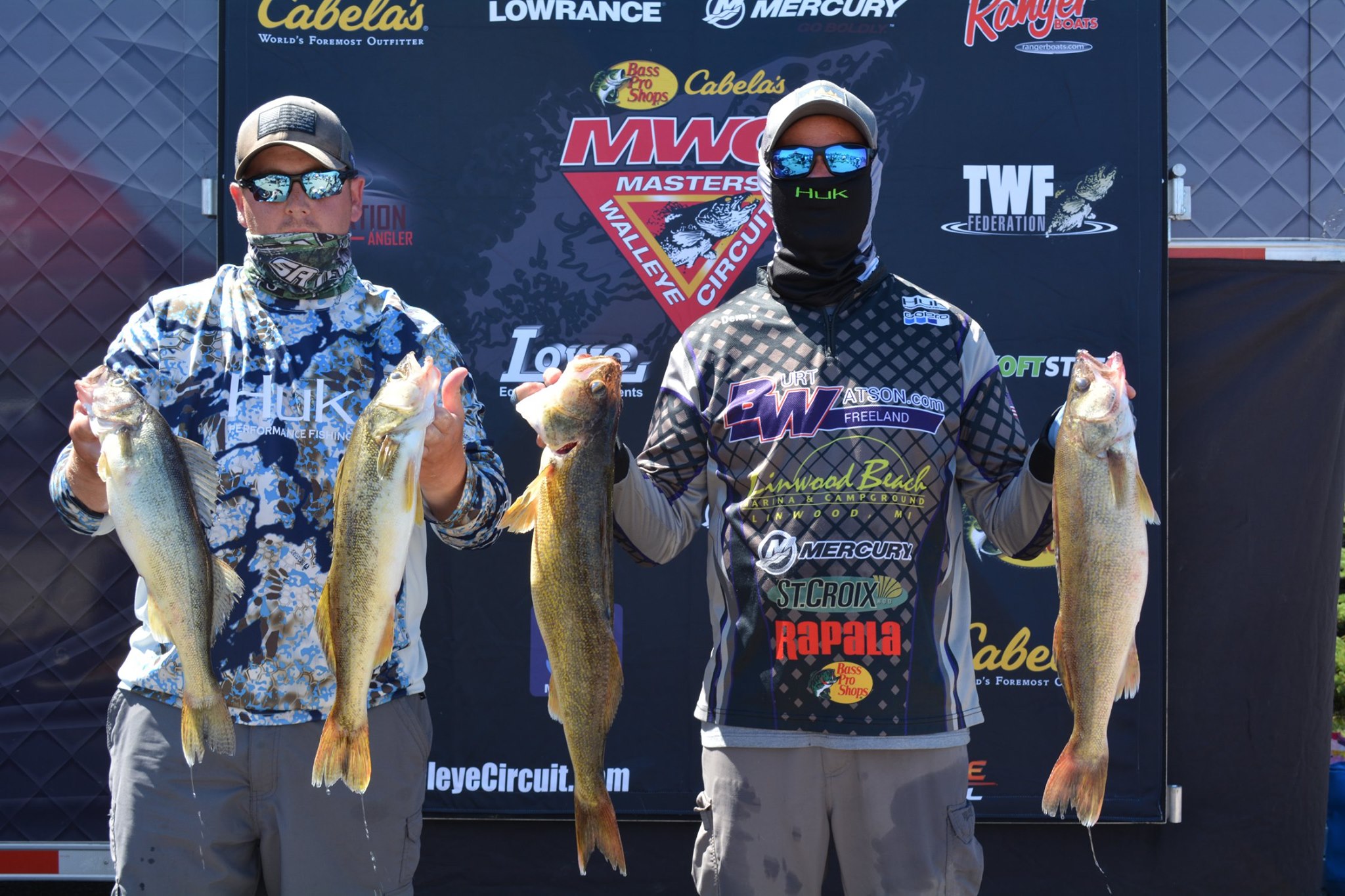 The host communities of Oscoda and Ausable, MI have been preparing for the MWC’s arrival for some time. After being chosen to host in the covid-augmented season of 2020, the community rallied behind the idea of embracing tournament fishing and has plans to continue hosting events in the future. Upon arriving, anglers will surely see the multitude of signs and marquees welcoming their presence as their impact on the area is welcomed up and down the lakeshore.

Daily live weigh-ins are free and open to the public beginning at 3:00 p.m. EDT both days at the AuSable Harbor of Refuge in Oscoda, MI.  The weigh-ins will also be broadcast live online, at masterswalleyecircuit.com or on facebook.com/MasterWalleyeCircuit.

Under the umbrella of The Walleye Federation (TWF), the Bass Pro Shops and Cabela’s Masters Walleye Circuit is North America’s longest-running and undisputed leader in team walleye tournaments and as an inductee into the freshwater fishing hall of fame, has set the standard for competitive walleye fishing for the past 38 years. The MWC is open to walleye anglers from all walks of life. The 2022 schedule includes seven qualifiers in six states, plus berths into the 2023 Bass Pro Shops and Cabela’s MWC World Walleye Championship. Registration is now open for all events, and the registration deadline for the Lake Huron tournament is close of business Monday, June13th. Visit masterswalleyecircuit.com for full details.