“This is great,” said Whitson, of Windsor. “This is our seventh time fishing the MWC at Detroit. Mark and I grew up on Pike Creek on Lake St. Clair near the Detroit River, and we’ve always wanted to win one on our home waters.”

Whitson and Campeau are no strangers to success on the Circuit. In addition to numerous money finishes, they won the 2015 Cabela’s MWC World Walleye Championship on Lake Erie, and the 2015 MWC qualifier on Lake Michigan’s Bays de Noc out of Escanaba. 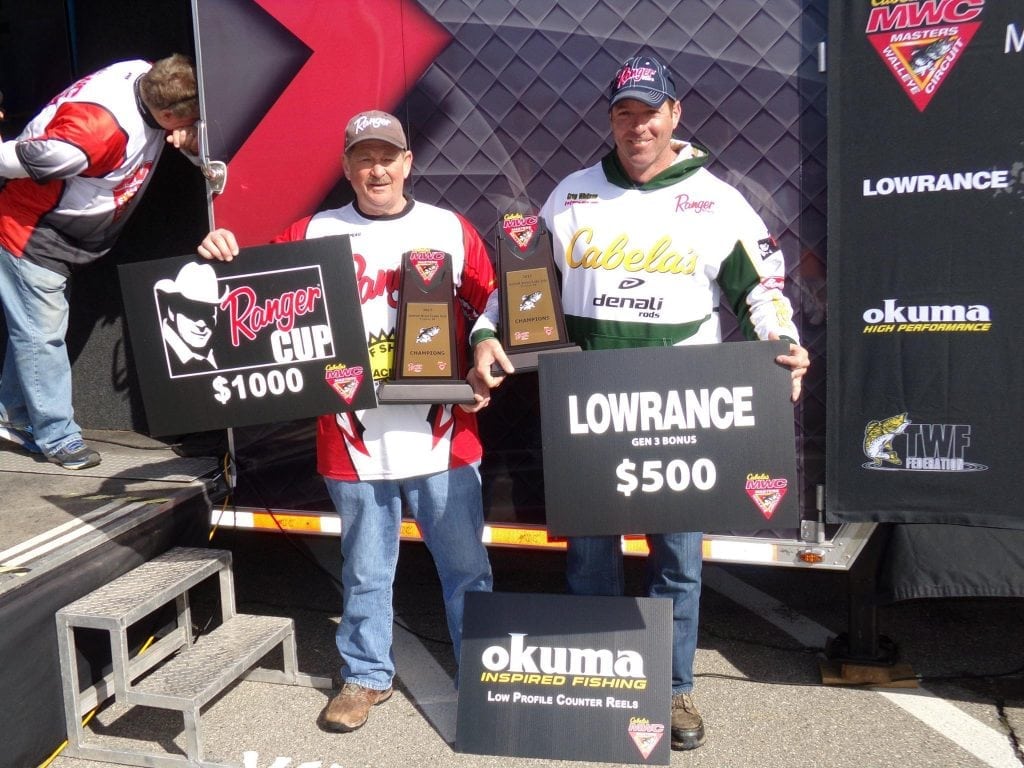 Whitson and Campeau, of St. Joachim, found themselves in seventh on day one after boating three walleyes for 9 pounds, 6 ounces. “Teams were restricted to fishing the river due to high winds on Lake Erie,” Whitson explained. “The river was super muddy from two days of rain flushing runoff down from Lake St. Clair. We tried jigging a little but then switched to handlining chartreuse-yellow and chrome minnowbaits off the south end of Grosse Ile Island in 13 to 18 feet of water.”

On day two, smoother sailing put Erie in play. “We trolled green, chrome and orange deep-running minnowbaits 1.3 to 1.5 mph in 10 to 14 feet of water in Brest Bay,” said Whitson. “We focused on stained areas because they had the warmest water we could find—up to 47 degrees.” The tactics yielded four fish weighing 26 pounds, 4 ounces, which gave them a 35-pound, 10-ounce total weight and propelled them to the top of the MWC leaderboard.

A total of 126 walleyes weighing 467 pounds, 13 ounces crossed the scale at Elizabeth Park during the event. Adding to the fun, the Cabela’s MWC and National Professional Anglers Association presented a Youth & Family Fishing Clinic immediately after the day-one weigh-in, with participating youths receiving rod-and-reel combos courtesy of the NPAA.