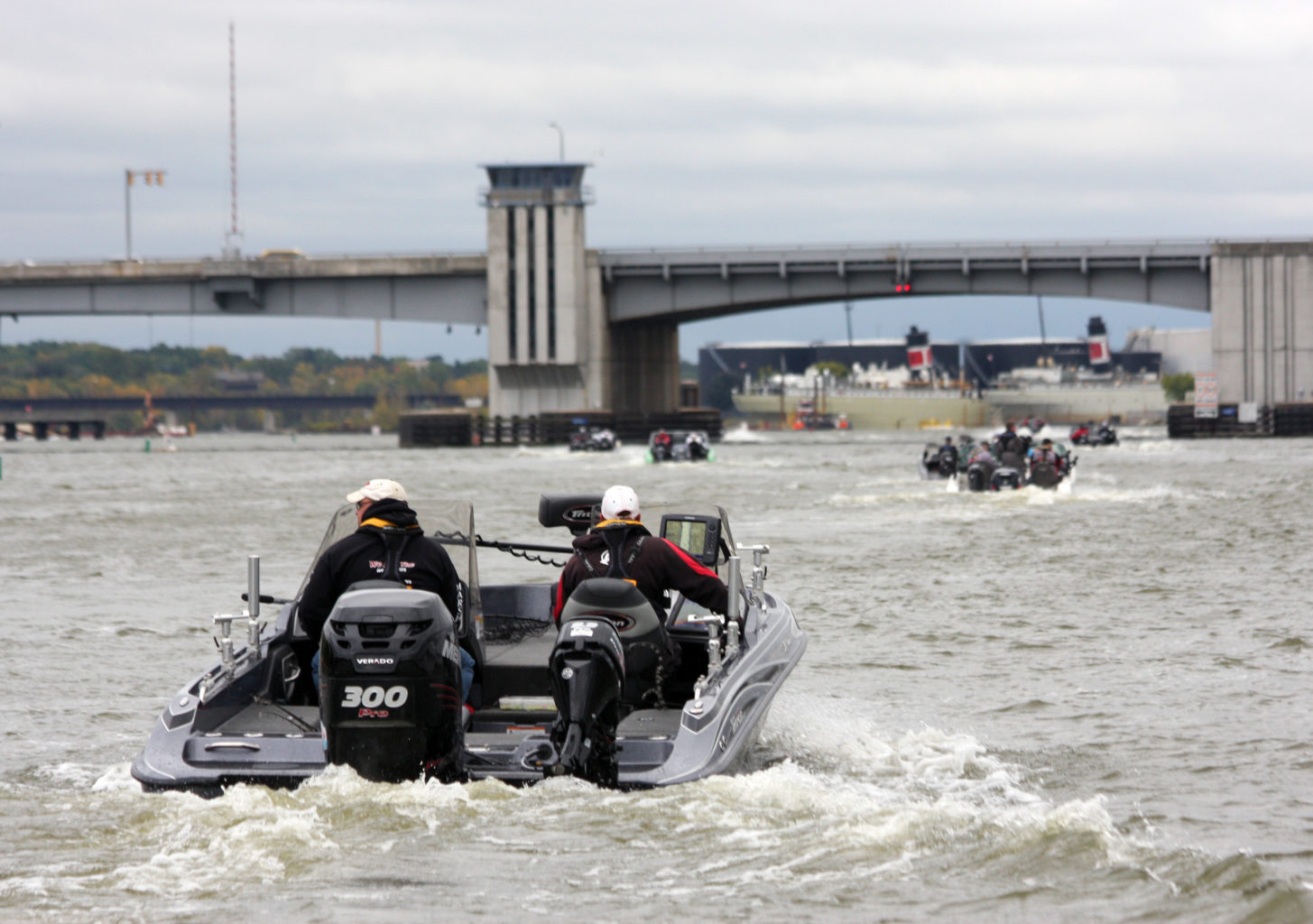 Green Bay, Wisc.—Oct. 7, 2016—With strong winds from the southeast shifting to gale force gusts from the west in the afternoon, senior tournament director Dan Palmer made the call to keep the 48 teams competing in day two of the three-day Cabela’s Masters Walleye Circuit 2016 World Walleye Championship off of Green Bay and in the Fox River.

Day one leaders Randall Gaines and Mike Rhoades agreed. “Of course we would have liked to get out to our spot on the bay, but you have to err on the side of safety, and that puts us all in the river,” said Gaines, of Salem, Ohio.

He and Rhoades, of South Bend, Indiana, put together a 27-pound, 11-ounce limit of hefty Green Bay beauties to pace the pack on day one. While those fish came from the bay, the leaders had a contingency plan for the Fox River.

“This is a three-day event and you can’t plan on three days being the same,” said Gaines. “You have to be prepared for everything. We did a little fishing in the river and did put a plan together. I don’t believe it will yield as dramatic results as we enjoyed yesterday, but we’re going to give it a whirl and see where we end up at the end of the day.”

“I think it’s going to be a little tougher, but I think we’ll be all right,” added Rhoades. 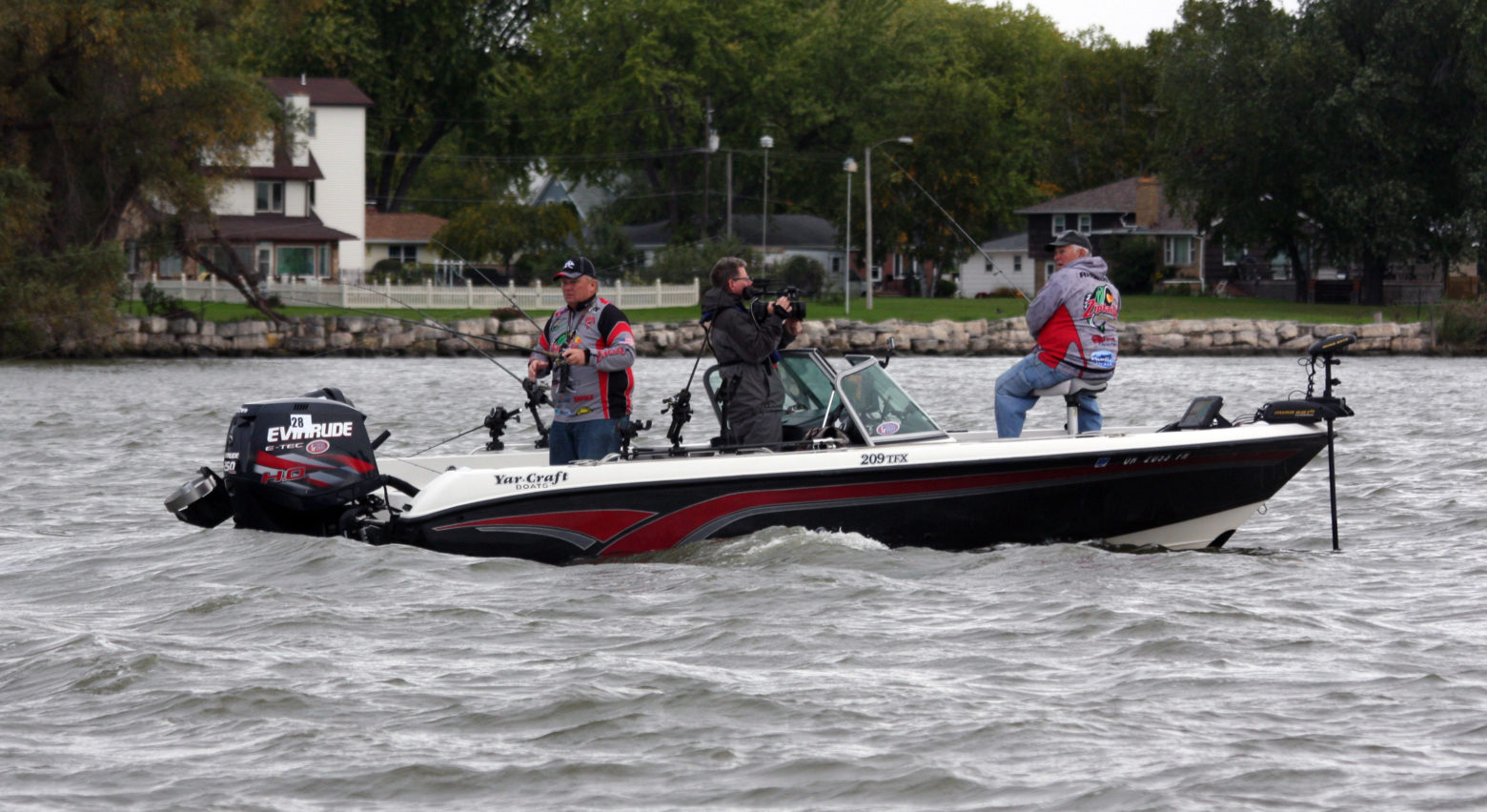 With a TV camera person aboard to record the action for national airing, Gaines and Rhodes tested the waters of the Fox River.

As for what kind of catches walleye fans can expect to see cross the MWC stage at weigh-in, which begins at 4 p.m. at Green Bay’s scenic Metro Park landing, Gaines predicted, “There could be the rogue basket come in with big fish, but I think we’ll see a lot of 10- to 12-pound bags. Hopefully ours is on the upper end of that, but we’ll take what we can get.” 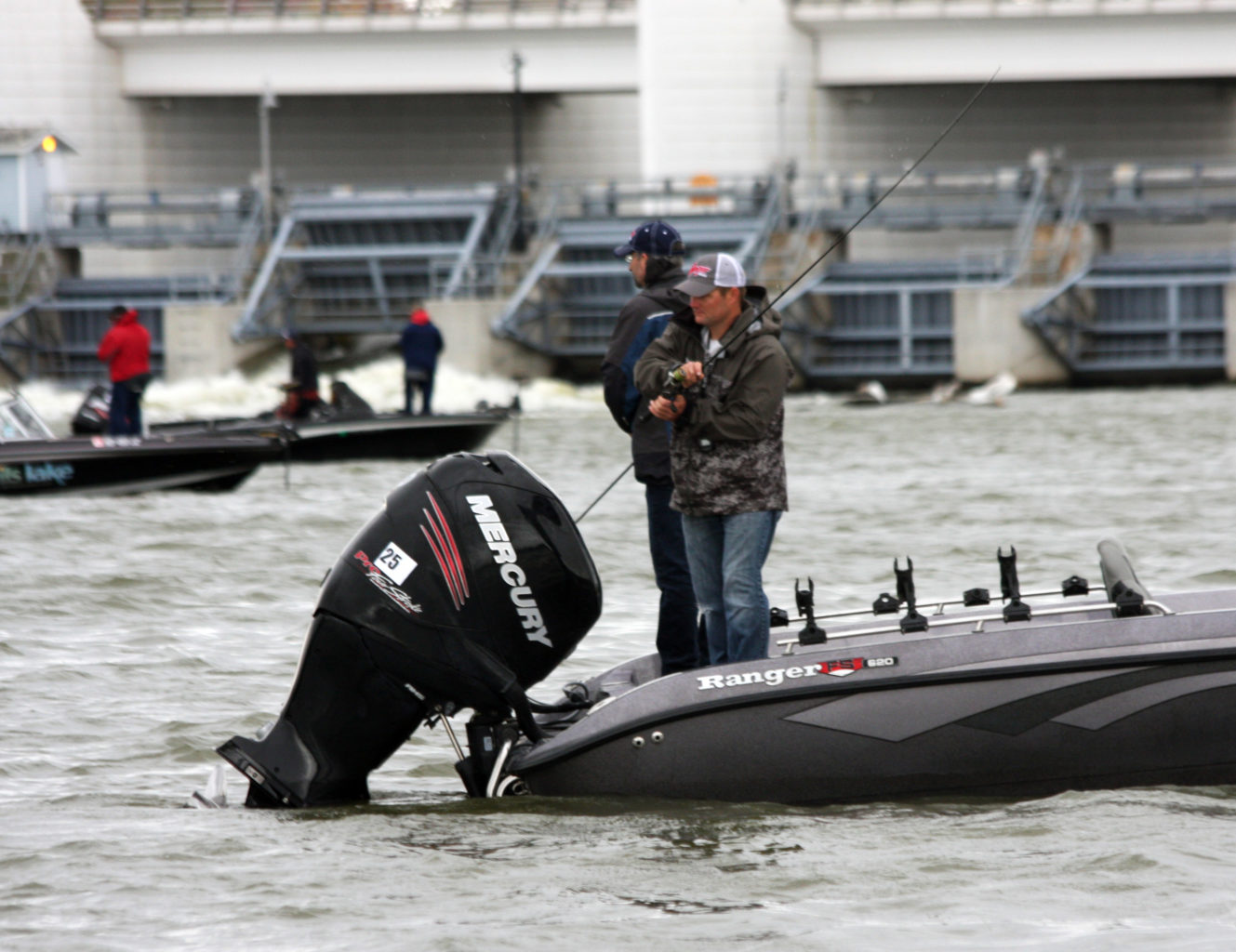 While many teams fished flats and channel edges downriver, others headed straight for the dam.

The weigh-in is open to the public, and will also be streamed live worldwide at masterswalleyecircuit.com. As a bonus for young walleye anglers, the Cabela’s MWC, National Professional Anglers Association and Pure Fishing will present a Youth & Family Fishing Clinic immediately after today’s weigh-in. The first 50 youths will receive rod and reel combos courtesy of the NPAA.

Adding to the excitement, on-the-water and weigh-in action is being filmed for national television airing on Federation Angler TV, which appears on the Pursuit Channel.

Championship teams are fighting for their share of more than $80,000 in winnings, including a cool $15,000 in cash for first place. 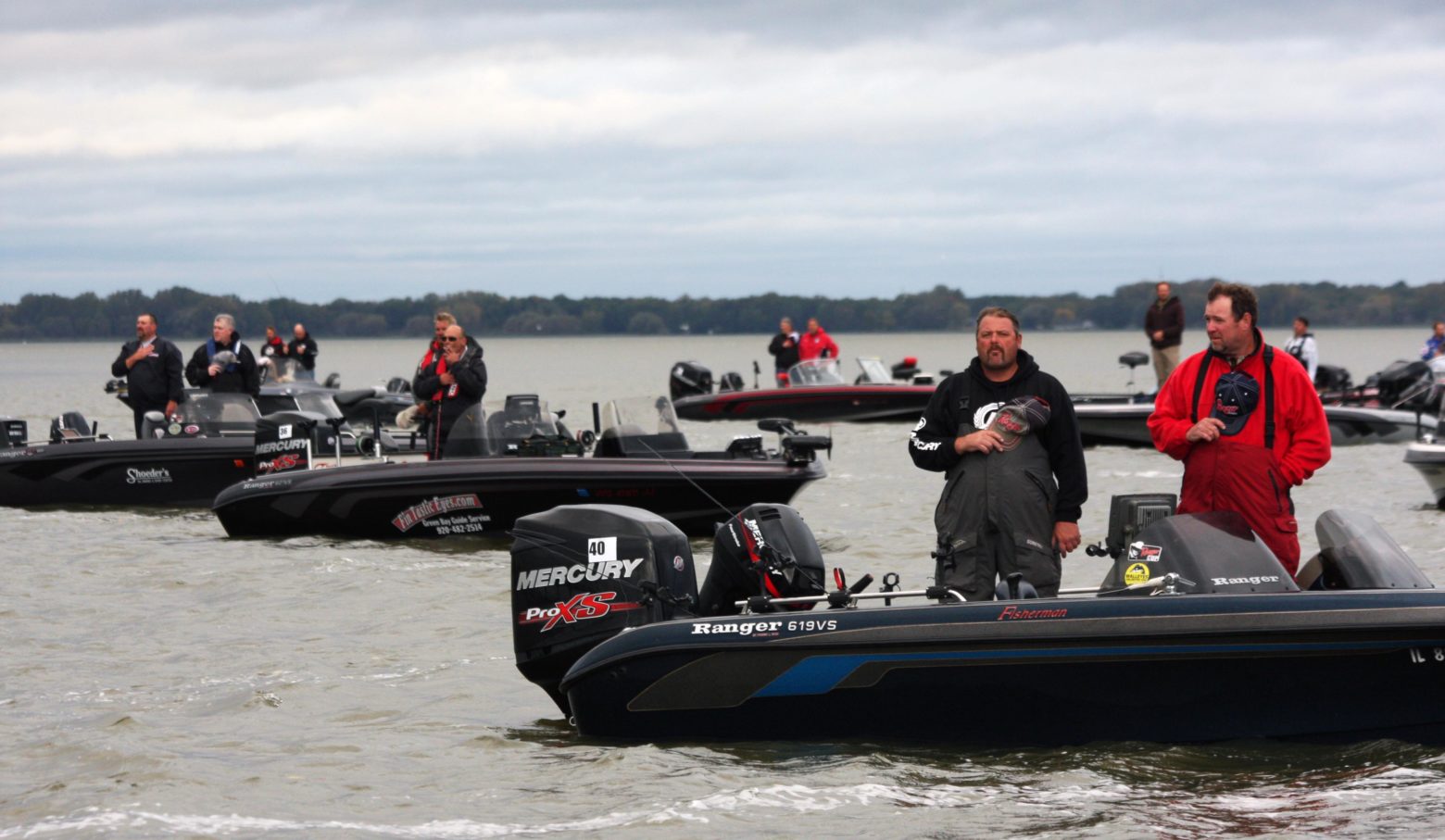 After rising for the morning invocation, MWC anglers honored the flag during the national anthem.

To view this morning’s photo gallery, including take-off and on-the-water images, CLICK HERE.