Mobridge, SD — June 29, 2020 — Expectations ran as high as the mercury when the 2020 Bass Pro Shops and Cabela’s Masters Walleye Circuit launched out of Mobridge, SD. Presented by Lowrance, the father-son team of Monte and Josh Olson bested the field with an impressive 41-09 total weight after two days of grind-it-out fishing.

Known locally for their tournament prowess, the Olsons found the tournament winning fish much closer to the launch site than most of the rest of the teams. “We were within 10 miles either side of the launch (Indian Creek Recreation Area), we didn’t have to make the long runs.” mentioned Josh Olson. This gave them more time with lines in the water and a chance to locate a consistent heavy bite. “We weren’t on good fish earlier in the week” Josh continued, “but the last few days it got better.” 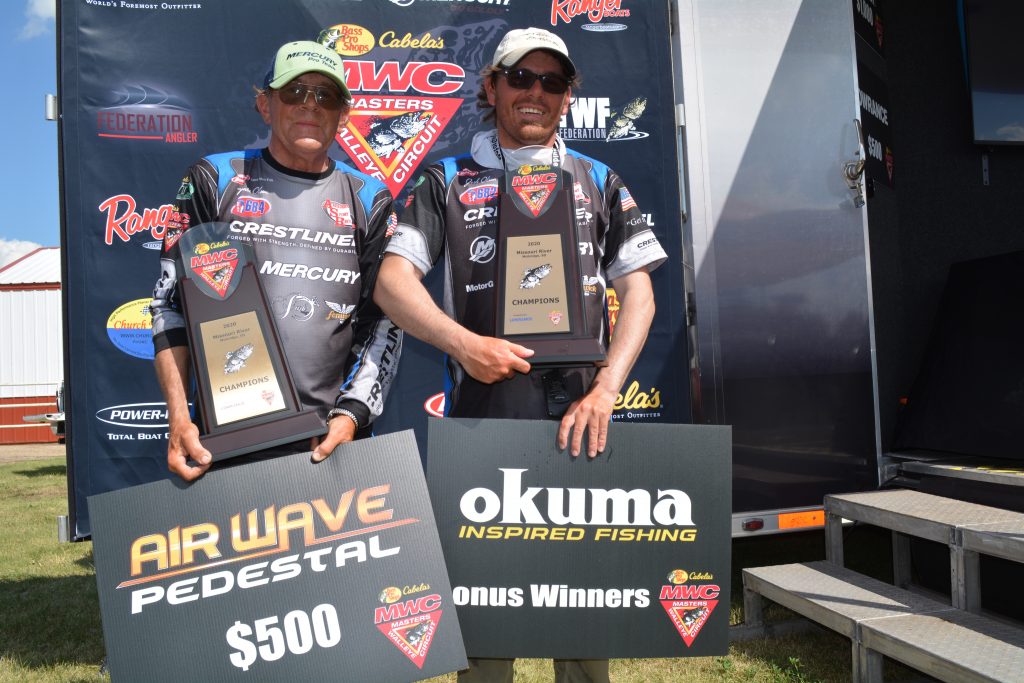 Securing 21-04 on day one, the pair found themselves in second place after day one’s weigh-in. This prompted a camera in the boat for a period of time on day two, as this event was being filmed for an upcoming season of Federation Angler TV. Within minuets of the camera crew entering their boat, Monte and Josh found themselves with one of the largest fish either has caught in a tournament in the net. “I couldn’t believe it.” said Josh,” We had thrown back a 23 (inch) and 24 (inch) fish about an hour before and we were starting to think we made a mistake.” No mistake was made as their day two weight of 20-05 was good enough to solidify the win.

All together the Bass Pro Shops and Cabela’s Masters Walleye Circuit awarded $48,045 in cash and prizes in Mobridge, SD. 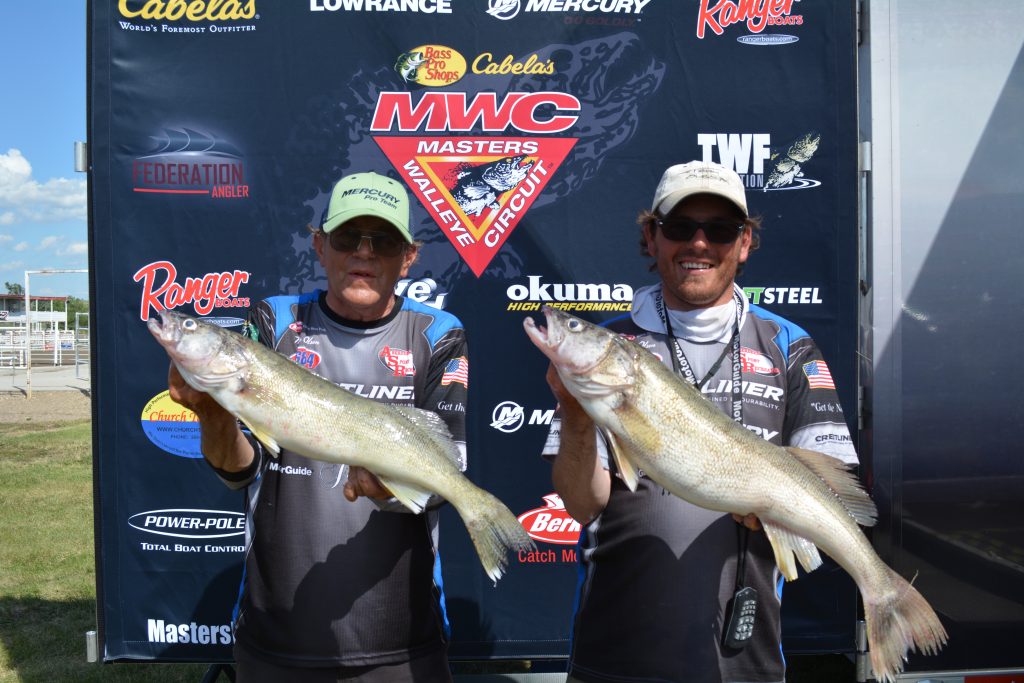