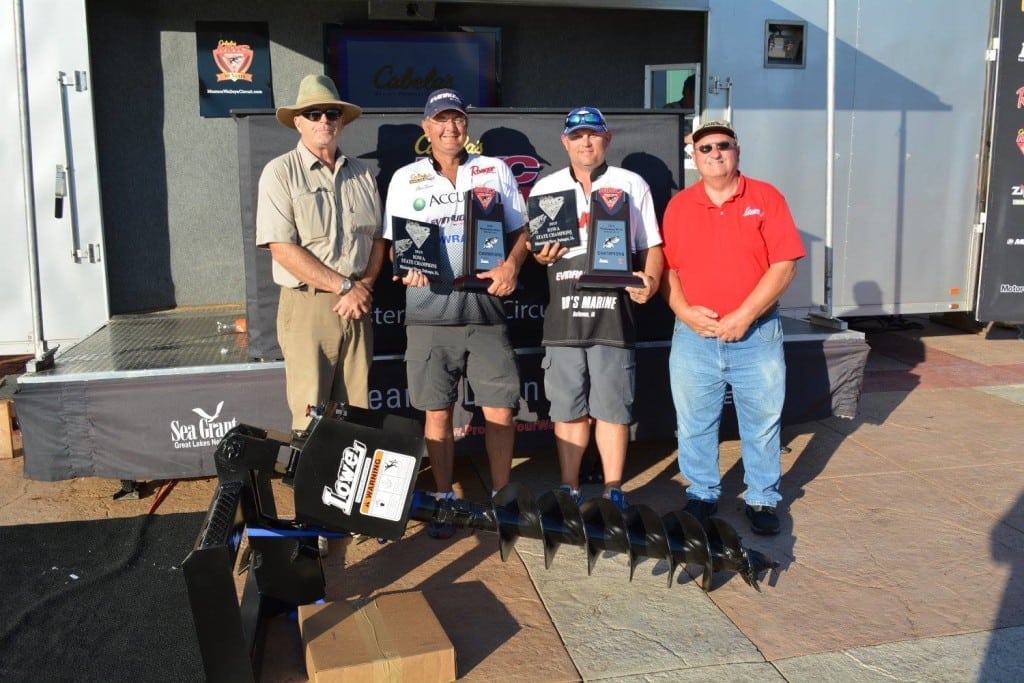 Burns, of Davenport, and Abel, of Fairfax, weighed four walleyes for 8 pounds, 5 ounces on day one of the two-day tournament to land in ninth place among the 49 two-person teams battling for thousands in cash and prizes on the walleye-rich waterway. 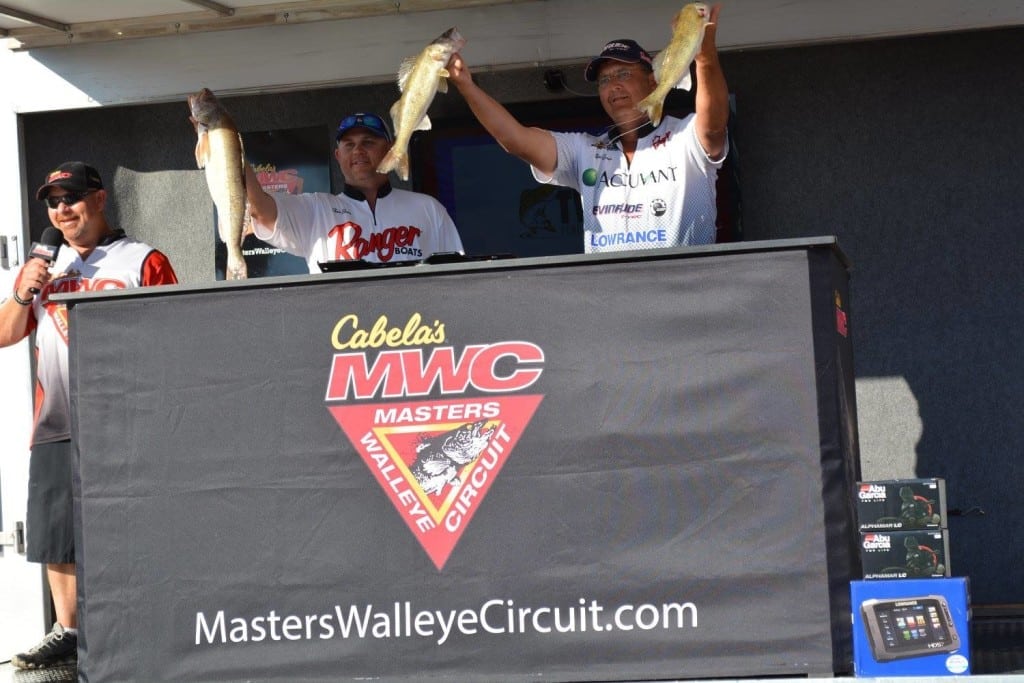 “We lost a couple of key fish and came in one fish short of our limit,” Abel recalled. “We decided to start day two at our ‘numbers’ spot and then go hunting for big fish after that.” 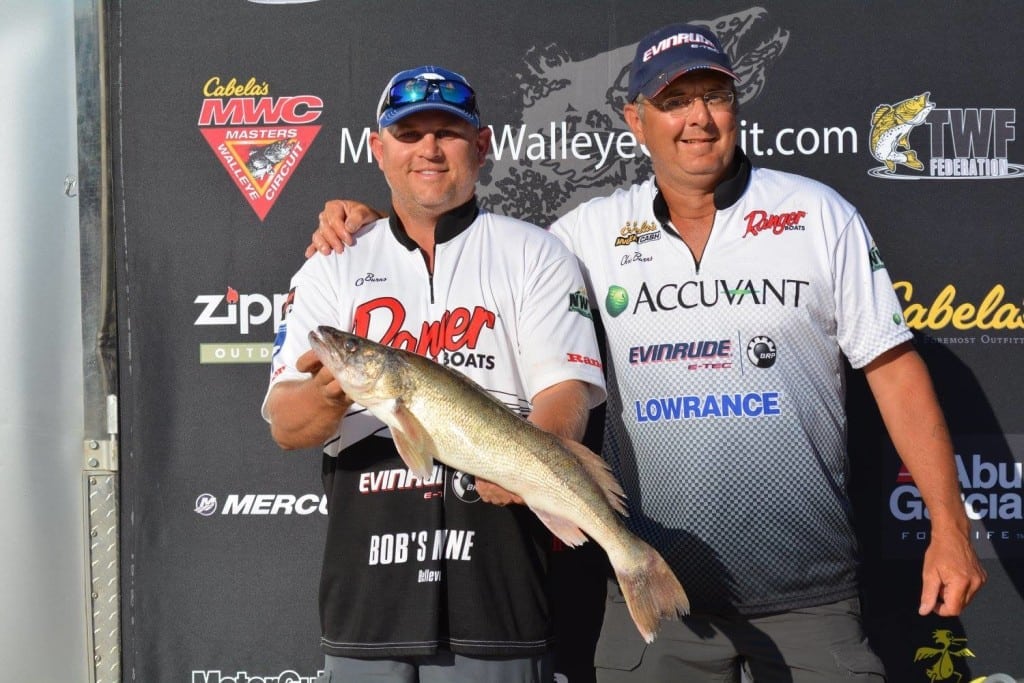 As luck would have it, they landed a dandy kicker fish right out of the gate. “That took the pressure off,” Abel grinned. But he noted that in the end, they needed every bite—and nearly every second of fishing time—to pull off their rally. “We fished several different areas throughout the day and ended up getting our last fish with five minutes left to go,” he added.

With a five-fish MWC limit in the livewell, Burns and Abel added 13 pounds, 11 ounces to their tally for a 22-pound two-day total that topped the hard-fishing field of 98 anglers representing eight states.

Burns explained that the team tried different presentations, but their ace in the hole was pitching ¼-ounce jigs to holes in cutbanks along the edges of the main and side channels.

“We fished hair jigs and standard leadheads tipped with plastics,” he said, noting that both setups worked best when sweetened with a small chunk of nightcrawler. “The best approach was making a short cast and then letting the current sweep the jig through the hole, while slowly mending the line,” he added.

Burns and Abel collected nearly $16,840 in cash and prizes for their accomplishment, including $7,600 in cash for placing first, plus $2,940 in cash from the option pot and a $2,100 Lowe 750 Classic Power Auger Package from presenting sponsor Lowe Equipment Attachments—which included a 12-inch Lowe auger, hose kit and universal mounting system.

They also claimed the title of Iowa State Walleye Champions, which comes with a $1,000 prize package including custom trophies, custom State Champions rings by Tight Lines Jewelry, a berth in the Cabela’s NTC, decals and a spot on the MWC website’s Wall of Fame.

To commemorate the Cabela’s MWC’s last regular-season event of 2015, sponsors and the Circuit celebrated with an appreciation party that showers the anglers with more than $11,000 in extra prizes. “We wanted to thank our anglers for making this another great season,” said MWC owner Robert Cartlidge. “The added prizes pushed the payback for this event to 121.4 percent—which is one of the highest, if not the highest, return on entry fees in MWC qualifying history.”