“It’s a great feeling,” said Bartsch, who is Le Sage’s nephew. “We’ve placed second and third in local tournaments around here before, so to win a big one like an MWC is fantastic.”

“This is huge for us,” added Le Sage. “The conditions and bite were tough, but Chris is an awesome fisherman and we managed to get all our ducks in a row.” 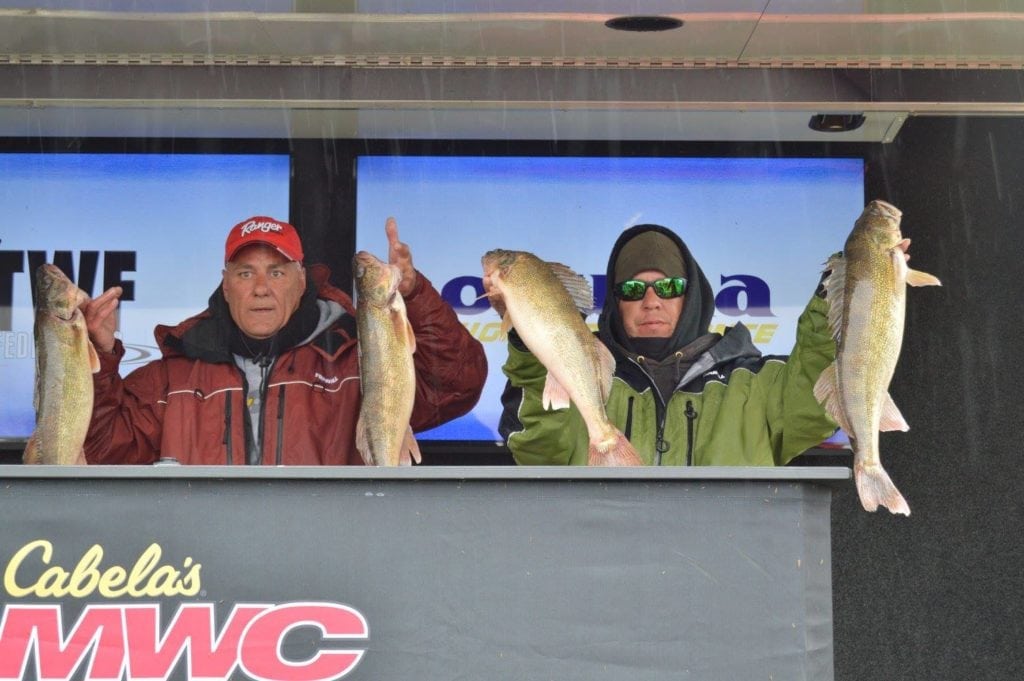 The event was Le Sage’s first MWC, and he appreciated the warm welcome he and Bartsch received from other competitors. “It was really fun,” he said. “We met a lot of nice people, including the reigning MWC champions Randall Gaines and Mike Rhoades.”

Green Bay and its legendary walleye population were a bit less hospitable, however. Heavy seas on day one forced MWC officials to limit competitors to the Fox River. Conditions improved enough on day two for the boundaries to be expanded into the bay, but the fishing was still challenging.

Bartsch and Le Sage fished ¼- to 3/8-ounce jigs tipped with soft plastics both days. Bartsch favored a ringworm, while Le Sage stuck with a bass-style beavertail design. Both anglers sweetened the pot with a minnow or nightcrawler for added attraction. They focused on depths of seven feet or less in the river, and targeted a small but complex piece of structure not far offshore in the bay on most of day two.

They brought three walleyes weighing a total of 13 pounds, 7 ounces to the MWC scale on day one. “It was less than we hoped for, but surprisingly enough to put us in the lead,” said Bartsch. They followed up with a 5-fish MWC limit weighing 28 pounds, 6 ounces on day two for a 41-pound, 13-ounce total. 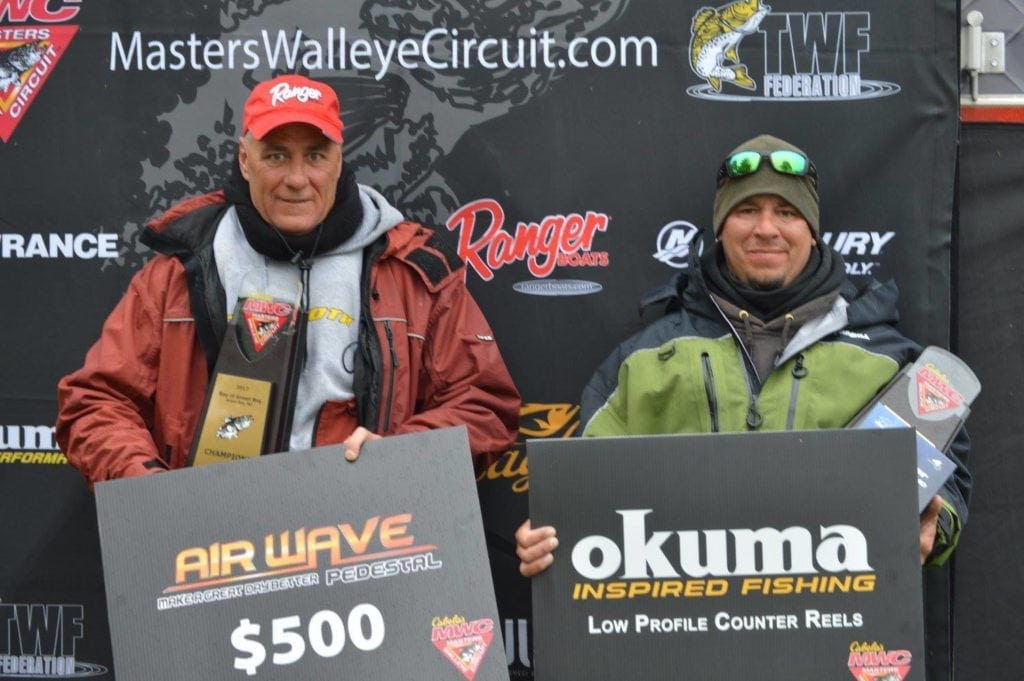 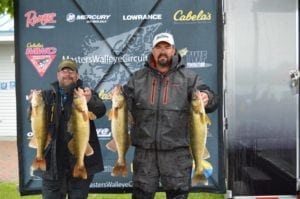 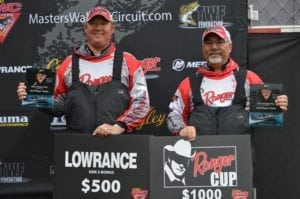 In all, the Cabela’s MWC awarded $55,362.50 in cash and prizes. As an added bonus, presenting sponsor Lowe Equipment Attachments offers all Cabela’s MWC anglers a 25 percent discount off the MSRP on all its auger, trenching and grapple products in 2017 available through Midwest Attachments, LLC. For information on that program, visit masterswalleyecircuit.com/tournaments/contingencies. 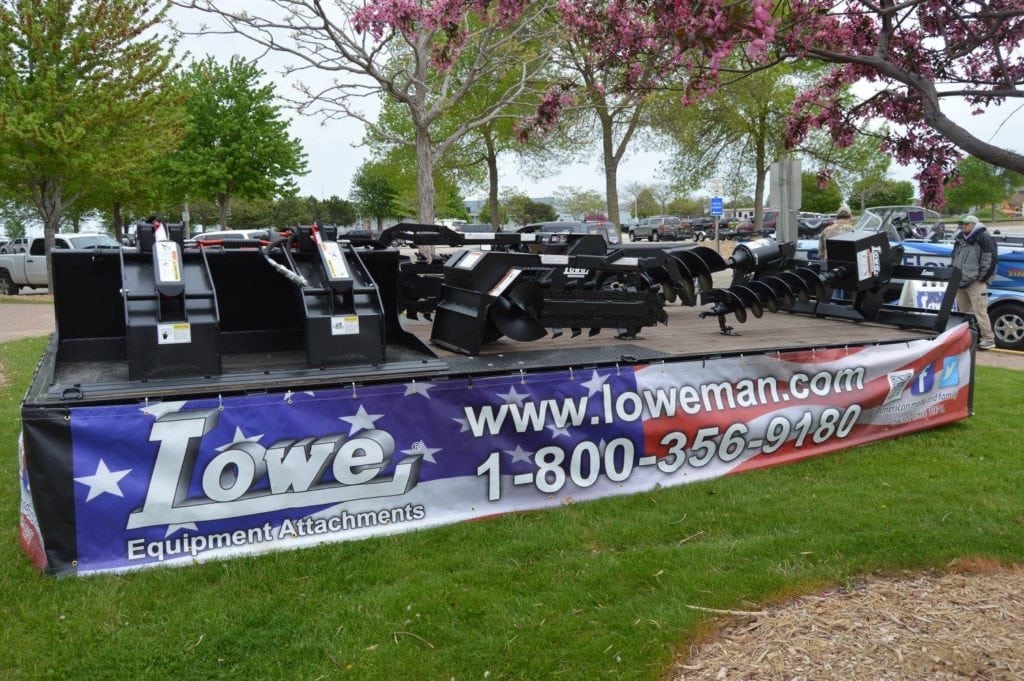 A total of 578 walleyes weighing 1,259 pounds, 15 ounces crossed the scale and were released back into the Green Bay system during the event. Adding to the fun, the Cabela’s MWC and National Professional Anglers Association presented a Youth & Family Fishing Clinic immediately after the day-one weigh-in, with participating youths receiving rod-and-reel combos courtesy of the NPAA.