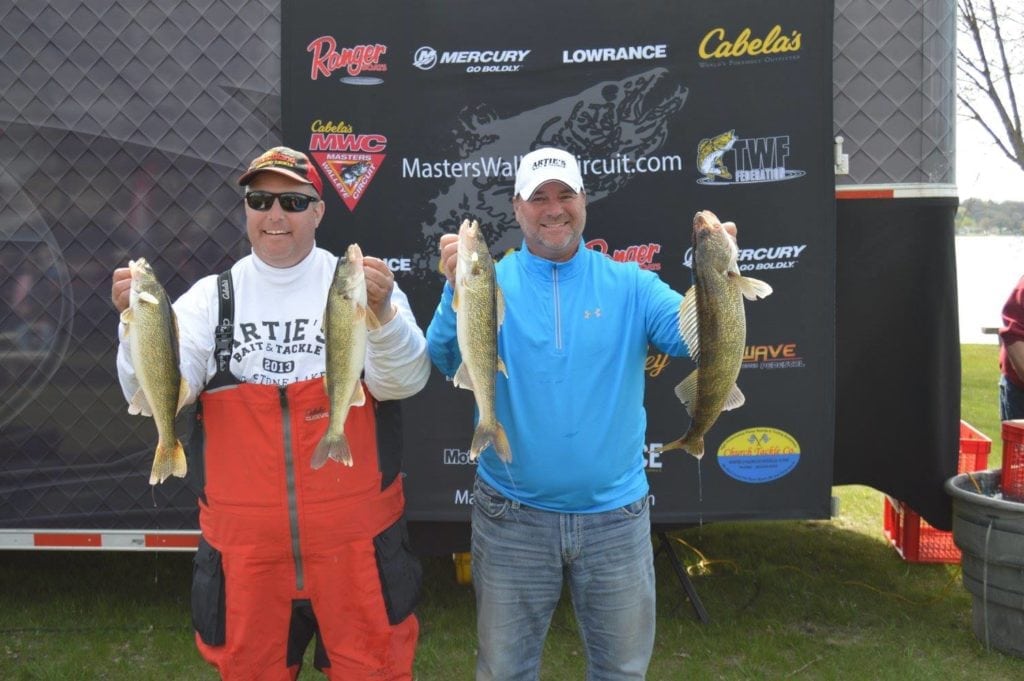 It was the second year in a row that a pair of Arndts topped the leaderboard at Big Stone. In 2016, Artie and son Tanner won the MWC qualifier on the scenic border water separating Minnesota from South Dakota.

“It’s hard to believe,” said Artie after this year’s win. “It was a tough bite. The water temperature dropped 10 degrees in a week, from the 50s into the low 40s. But we ground it out and got it done.”

The Arndts brought just one walleye to the MWC scale on day one. The fish was a good one, though, weighing 5 pounds, 12 ounces, and put them within striking distance of leaders Chris and Joe Kujawa, who boated four fish for 8 pounds, 8 ounces.

“The water was dirty the first morning, so we started out pitching jigs in five to eight feet of water off shoreline rocks, slowly working the jig back to the boat,” said Artie. “We got our fish on a short-shanked, ball-head jig tipped with a minnow.” Water clarity quickly improved, however, dooming their pattern and forcing a run-and-gun approach that yielded no keepers but a plan for day two. “We lost a couple of good fish trolling dirty water in the afternoon, so we were excited going into day two,” he added.

On Saturday, they trolled shad-bodied, perch-colored crankbaits 1.8 mph in eight to 11 feet of water on the south end of the lake, from Skeleton Island to Ortonville. “Another key besides finding dirty water was switching from size 5 down to size 4 crankbaits, which produced most of our fish,” said Scott. They ended up with a 14-pound, 5-ounce, five-fish limit for a 20-pound, 1-ounce total that propelled them past the Kujawas 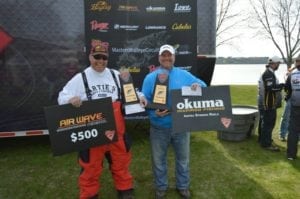 and into first place.

Like his brother, Scott was excited about the win. “It’s surreal,” he said. “But at my age (47), getting a chance to do this with my brother means the world to me. We grew up fishing Big Stone an

d have a lot of great memories. Winning this MWC event together is something we’ll remember forever.”

Along with memories, the Arndts collected more than 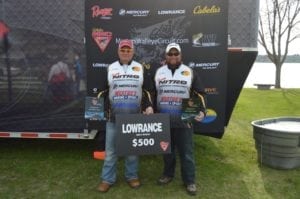 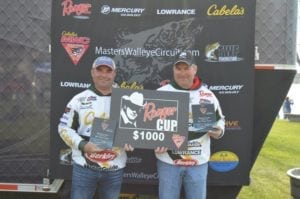 A total of 126 walleyes weighing 320 pounds, 10 ounces crossed the scale and were released back into Big Stone Lake during the event. Adding to the fun, the Cabela’s MWC and National Professional Anglers Association presented a Youth & Family Fishing Clinic immediately after the day-one weigh-in, with participating youths receiving rod-and-reel combos courtesy of the NPAA.