Ponca City, Okla.—February 19, 2019 — The city of Spring Valley and the Illinois River welcome the MWC anglers for the 34th time in the last thirty-six years of the circuit, as they start the new season March 20-21, 2020.

The team-format, two-day event, presented by Lowrance, has historically seen teams from over ten different states, with a wide range of experience from rookie tournament anglers to world champions. Many make this a fun family event, while others get right to work settling in for the season-long MWC points race.

Tournament director Jack Baker loves the wide variety of angler’s experience and equipment seen at this event each season. “This is so fun to come here, you see father-sons, mother-sons, father-daughters, grandparents and grandkids all working really hard to win. Of course, you have many of the great fishermen that follow us across the country each year eager to get the season rolling. You have aluminum and glass boats working on every advantage you can find to catch the right fish on this river. The Spring Valley Boat Club is great to work with and MWC will once again be helping from a conservation standpoint and working with the Illinois DNR who will collecting eggs from all the fish NWC weighs in for the hatchery and for 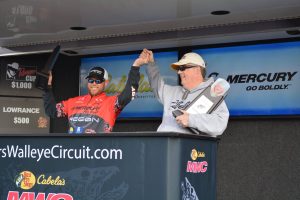 Being a good neighbor to the local economy and to local fisheries conservation programs has always been a priority for MWC events and Spring Valley is certainly no exception. MWC events have literally pumped millions of dollars into the local area economy along with millions of Sauger eggs into Illinois DNR hatchery’s and waterways over the last 34 years.

Each MWC event has a lucrative payout which is based on the number of teams entered into that event, and is awarded to 20% of the field, providing more inspiration to sign up and join the fun. In addition, to a hefty check, the first-place team also earns a $1,000 Bass Pro Shops/Cabela’s National Team Championship (NTC) prize package including paid entry, travel stipend, team jerseys and plaques. Additionally, the big-fish pot, option pot and sponsor bonuses from Ranger Cup, Lowrance, Okuma, AirWave, and T-H Marine Atlas Awards add thousands more for distribution among the field.

Daily live weigh-ins at the Spring Valley Boats Club are free and open to the public beginning at 4:00pm both days March 20, 21.  If you can’t make it in person you can watch the weigh-ins live, online, at masterswalleyecircuit.com or on our Facebook page.

For the area youth, immediately after the day-one weigh-in on Friday, we offer a Youth & Family Fishing Clinic in conjunction with the National Professional Anglers Association (NPAA). The first 50 youth will receive a free rod-and-reel combo! 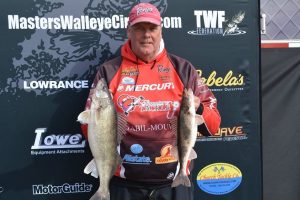 Under the umbrella of The Walleye Federation (TWF), the Bass Pro Shops and Cabela’s Masters Walleye Circuit is North America’s longest-running and undisputed leader in team walleye tournaments and as an inductee into the freshwater fishing hall of fame, has set the standard for competitive walleye fishing for 36 years. MWC is open to walleye anglers from all walks of life. The 2020 schedule includes seven qualifiers in seven states, plus the 2021 Bass Pro Shops and Cabela’s MWC World Walleye Championship. Registration is now open for all events, and the registration deadline for the Illinois River tournament is close of business Monday, March 16. Visit masterswalleyecircuit.com for full details.