Ogalalla, NE—May 20, 2019 — Major changes in weather can change bites and locations of fish within hours, as was the case at the 2019 Masters Walleye Circuit event at Lake McConaughy presented by Mercury. For Dustin Favinger (Bridgport, NE) and Zane Vapenik (Oshkosh, NE) those changes turned some memories of locations past into a win and over $11,500 in cash and prizes. 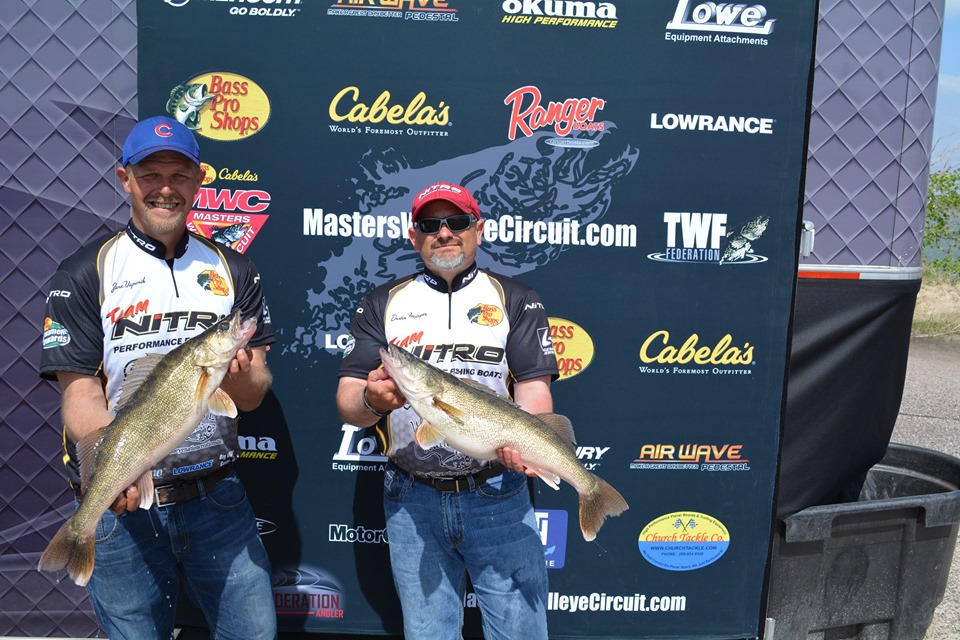 “It hasn’t sunk in yet” Dustin Favinger said shortly after the event ”Especially on our home lake where we have had some success, but also been very humbled.” Dustin’s partner, Zane Vapenik mentioned they went out and adjusted throughout the day. “We got to a few spots and when things just didn’t look right, we moved.

“As a guide, I have my notes of where fish have been caught before in what conditions, so we moved to some of those spots that we knew if we could keep the stick in the water, we could catch.” He continued giving credit where credit is due to his partner Zane for have the hot hand. “Hats off to Zane today, he had the right touch. It was a real spongy bite today, he had it figured out today.

With 43-08 of fish, Favinger and Vapenik take home $11,600 in cash and prizes, including the $9,400 first-place cash payout, $500 Lowrance Bonus, $500 AirWave certificate, $200 in Okuma reels and a $1,000 Cabela’s National Team Championship Prize Package including paid entry into the Cabela’s NTC, travel stipend, team jerseys and plaques.

All together the BPS/Cabela’s MWC awarded $46,673.50 in cash and prizes at Lake McConaughy.

255 fish weighed a total of 1203lbs- 04ozs during the event. JB Baker and Justin Debrie took the top “Big Fish” honors over the weekend with a 12-04 walleye. National Professional Angler Association member Ben Garver presented the NPAA’s Youth and Family Fishing Clinic for an enthusiastic group, Saturday afternoon, immediately following the weigh-in and gave away fishing rods to attendees. 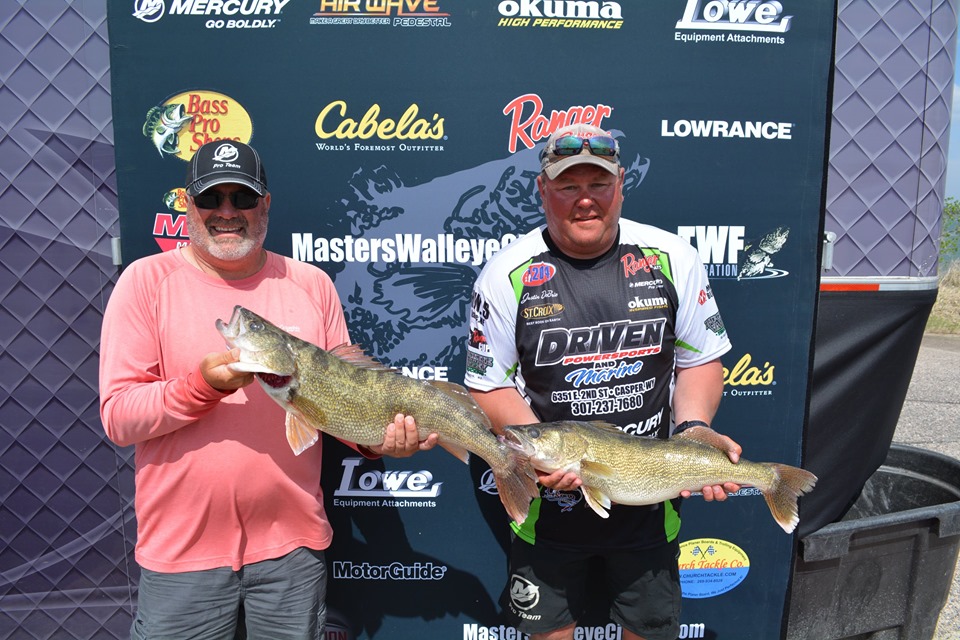