NOTICE DAY 1 of the MWC event at Lorain, OH on Lake Erie postponed due to gail force wind warnings

Presented by Mercury Marine and headquartered at Snake Creek Recreation Area, the two-day tournament pitted 82 teams from across the Walleye Belt against one another in an all-out battle for Great Plains bragging rights and a share of the MWC’s generous payout. 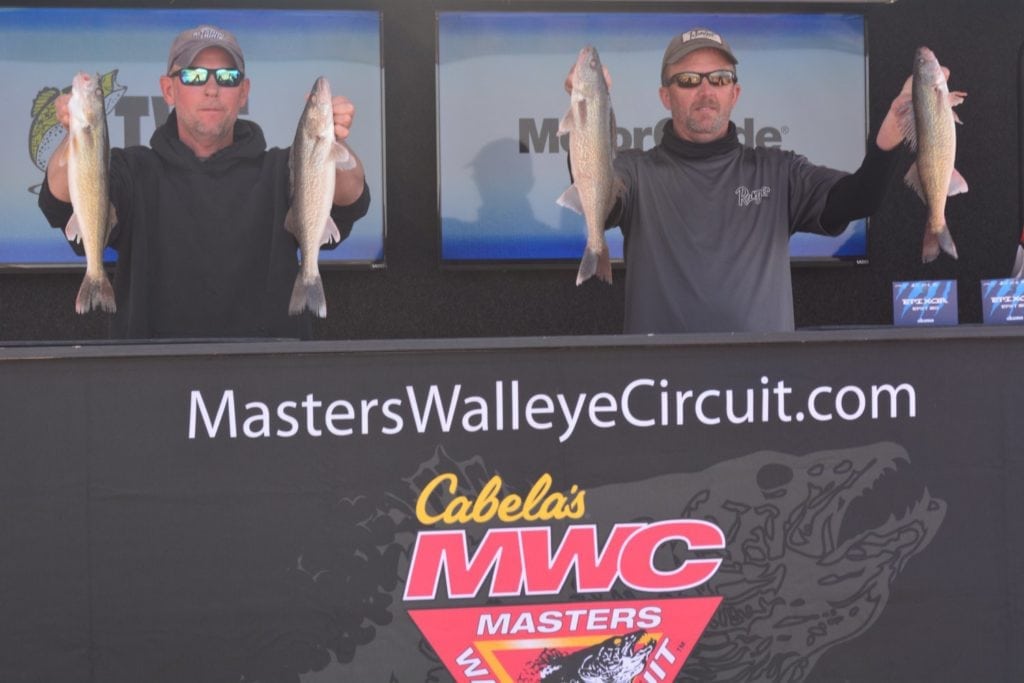 Fishing their first-ever MWC event, Lovro and Henle brought in a 5-fish MWC limit weighing 13 pounds on day one. The weight put them in second place, just an ounce behind leaders Jim Klages and Randy Zeman, who sacked a 13-pound, 1-ounce limit. Lovro and Henle followed up with a 10-pound, 7-ounce limit on day two to claim the victory with a 23-pound, 7-ounce total weight.

“It’s awesome we ended up on top,” said Lovro, who noted they were the last team to weigh in. “We had a solid limit but it was still nerve-wracking right up to the end.”

“This is incredible,” added Henle. “It was an exciting finish that went down to the wire.”

The winners’ go-to tactics included pitching jigs and minnows along shoreline riprap and trolling crankbaits on leadcore line in deeper water. “We ran an hour up the lake to Chamberlain to pitch jigs for our ‘unders,’” said Lovro, explaining that teams were only allowed one walleye over 20 inches per angler. “Then we trolled crankbaits in 20 to 35 feet of water along the edge of a drop-off near Platte.”

Henle added that light jigs were key to their pitching program. “We rigged a minnow on a 1/32-ounce jig, cast it to the bank and let the minnow swim back to deeper water,” he explained. “Most of our fish came from shore out to 5 or 6 feet of water.”

Lovro and Henle collected $18,658 in cash and prizes for their efforts, including the $12,300 first-place cash payout, $3,658 from the option pot, $1,000 Ranger Cup bonus, $500 AirWave certificate, $200 Okuma Reel bonus and a $1,000 Cabela’s National Team Championship Prize Package including paid entry into the Cabela’s NTC, travel stipend, team jerseys and plaques. 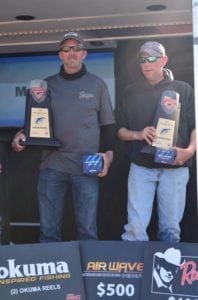 A total of 471 walleyes weighing 905 pounds, 9 ounces crossed the scale and were released back into Lake Francis Case during the event. Adding to the fun, the Cabela’s MWC and National Professional Anglers Association presented a Youth & Family Fishing Clinic immediately after the day-one weigh-in, with participating youths receiving rod-and-reel combos courtesy of the NPAA.