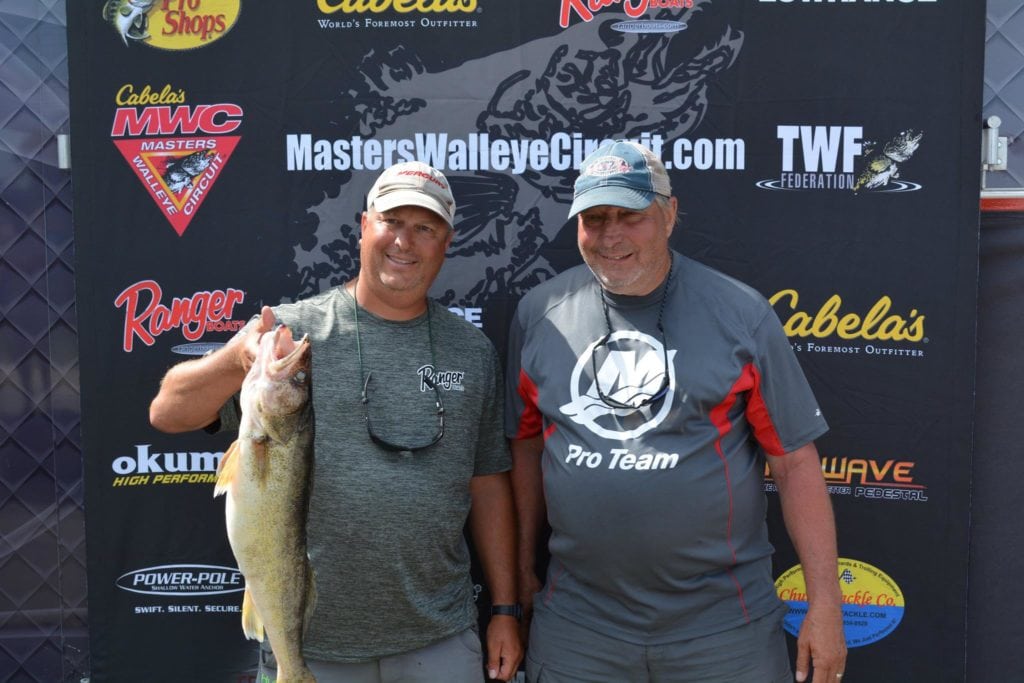 Presented by Ranger Boats and headquartered at scenic Border View Lodge, the two-day event featured 74 anglers from seven states fishing in two-person teams for their share of the MWC’s lucrative payout.

“This is great,” said Ken, of Owatonna. “We’ve fished together all our lives and been tournament partners a long time. Winning this together is really special.”

“There were a lot of good fishermen in this tournament, so we feel very fortunate to come out on top,” added Jon, of Elk River. 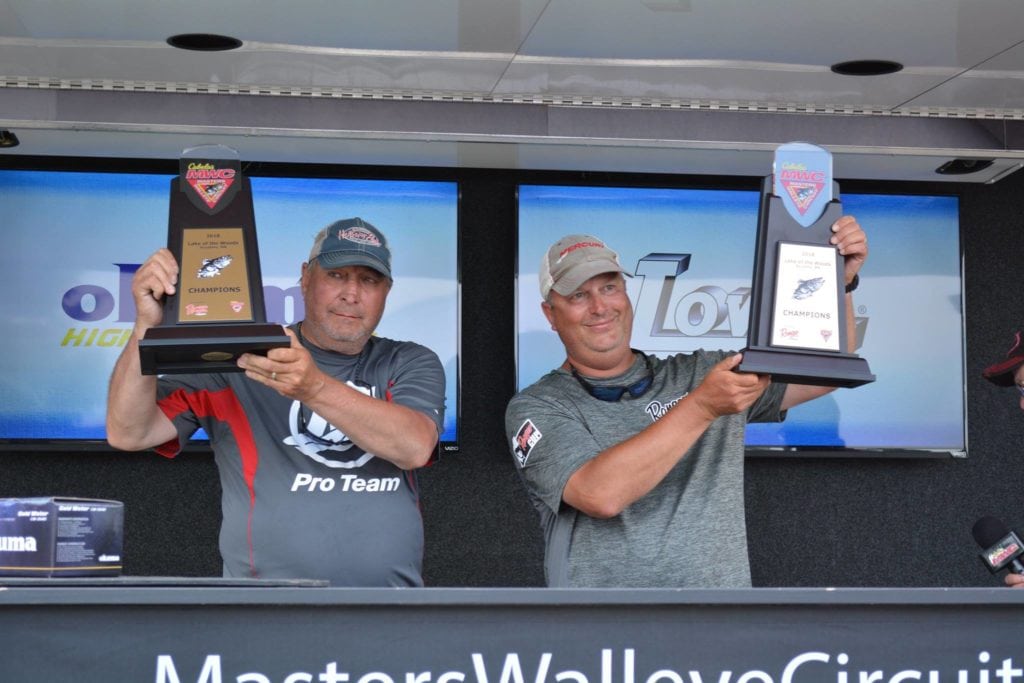 It was the first MWC tournament for both brothers, who agreed finding the mother lode of hungry walleyes on massive Lake of the Woods was one of the keys to victory. “We used our Lowrance HDS Gen 3 electronics to hunt them down,” said Ken. “We found a large school over a mile long and were able to stay on them throughout the tournament.”

“We fished spinner rigs behind bottom bouncers and crankbaits on leadcore,” added Jon. The brothers weighed in an MWC limit of four fish weighing 13 pounds, 5 ounces on day one, then added a 12-pound, 1-ounce limit on day two for a 25-pound, 6-ounce total weight.

The Hunts collected $12,900 in cash and prizes for their efforts, including the $7,200 first-place cash payout, $3,000 cash from the option pot, $1,000 Ranger Cup contingency, $500 AirWave certificate, $200 Okuma Reel bonus and a $1,000 Cabela’s National Team Championship Prize Package including paid entry into the Cabela’s NTC, travel stipend, team jerseys and plaques.

In 17th place, Curt Hall and John Thelen collected the $500 Lowrance Electronics contingency. In all, the Cabela’s MWC awarded $31,450 in cash and prizes.

A total of 246 walleyes weighing 553 pounds, 14 ounces crossed the scale during the event. Big fish was an 11-pound, 4-ounce trophy caught by Guy Dittel and Marshal Monk. Adding to the fun, the Cabela’s MWC and National Professional Anglers Association presented a Youth & Family Fishing Clinic immediately after the day-one weigh-in, with participating youths receiving rod-and-reel combos courtesy of the NPAA.